I've got my first proper guildball tournament coming up at Dark Sphere on July 30 and I have been trying to figure out what my tournament 8 is going to look like. Since I was already spending some time thinking about it, I thought I might as well blog my thoughts. I have only played one guildball team at the moment, so will be sticking with my Fishermen for this event. I wrote some of this a few weeks ago, and finished the article a week or so before it posted, so my painting has come further along and I only have Sakana/Siren left unfinished at the moment.

Captain (1):
There are two choices for captains: Shark and Corsair. Both are great captains and both can lead great teams. I've gone with Shark for two reasons.
1) He is already painted, and I have a few other models I need to focus on getting done for the event
2) I've played him 23 times compared to 3 with Corsair so he makes more sense as my captain for my first tournament. 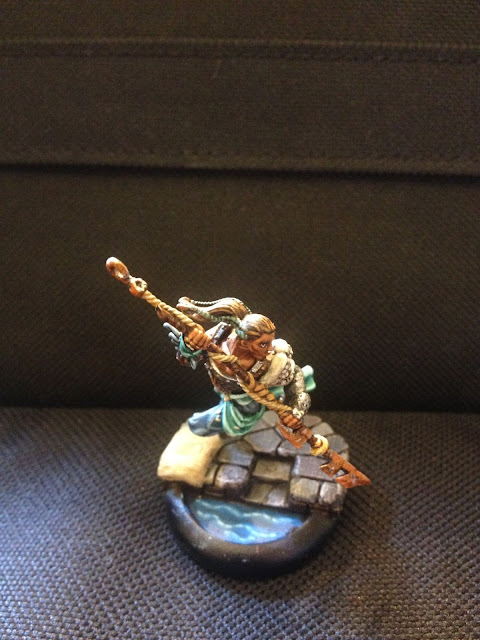 Shark is the main ball retriever in my team and also tends to be the main scorer. He also enables Angel to be a fantastic turn one goal scorer and can speed up other players where needed as well. He tends to get 6 influence almost every single turn and will either try score or turn those 6 influence into 6 momentum. He really is the superstar of the team and the fact that he takes about 1/2 your influence every turn means you have to be very influence conscious while building your team. He is a lock.

Mascot (1):
Salt is currently the only option for a mascot for fishermen so he is obviously in. I tend  to use him mostly as a defensive buff for Angel. When Angel is not in the team he functions as a quasi goaltender or ball retriever and mostly just tries not to die. I never put influence on him unless there is no way anyone other than him can get to the ball (in which case he is pretty darn fast). He is a lock. 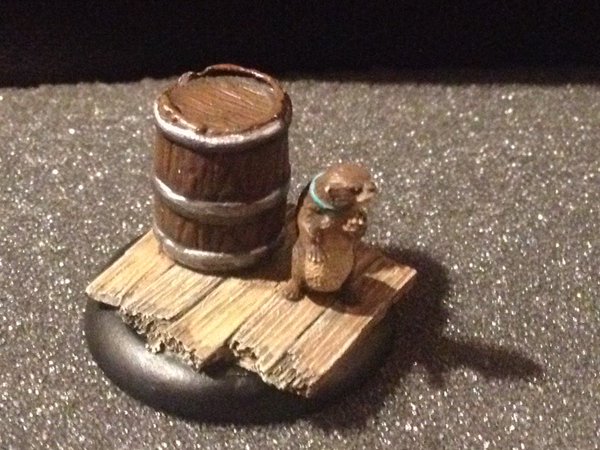 Angel has the best kick stats in the game, a momentous tackle on one, decent defense (if you set it up with Salt/Nimble) and ... that's it. She's got poor Tac, she's about average speed for Fish (6/8). She's one of the least dodgy fish as her dodge is on two hits rather than 1 and she is tac 4 instead of 5. She really doesn't do anything other than score, but man she is a great scorer. She is a great turn 1 scorer if you don't want to put Shark in a precarious position (it is much better to lose Angel on a 4-2 trade than Shark). Angel is one of my most played players and have only recently started playing without her. That being said she is an influence hungry player and is far less useful if you are not receiving. She is probably going to make the team, but is not quite a lock. 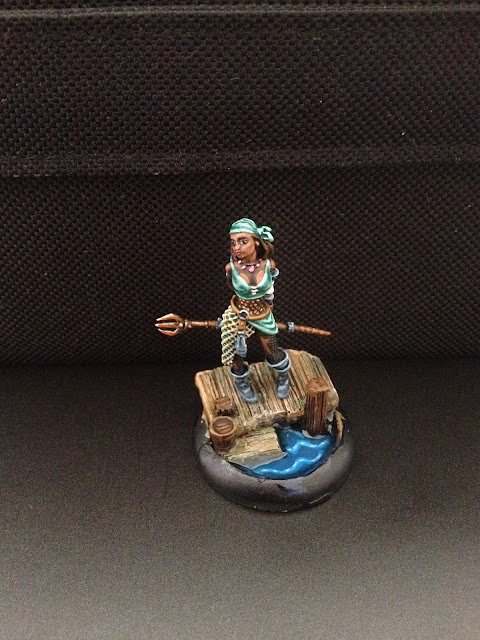 Siren is the final player in the starter box with Angel and Shark, but is one my least used fishermen models (though have played her more than the Union players). I have really, really struggled getting use out of her. Seduced is incredibly powerful and Lure can be very useful to set up pushing models off the pitch. However, when I use her just tends to miss her character plays and die. Despite playing in under 1/4 of the games I've played she has been taken out more than any player other than Shark. I understand why other players view her as important, but for now I just haven't figure her out so she will probably end up on the cutting room floor for this event. Also now that I have finished Gutter, she is the model furthest away from being fully-painted (partially because I keep being disappointed with her on the pitch). Siren will probably not make the team but could sneak in if I can manage to paint her and decide that her potential game-changing plays are worth the risk that she continues disappointing me.

Greyscales is awesome. In all the miniature games I have played, no model has ever had the way he plays on the table so perfectly match his fluff. He is so slippery, so great at getting to the ball and not getting killed. He doesn't score a ton, but can score when needed. He's just... really solid. Never seems to be the star of my games but never disappoints either. He is also one of the players I find that opponent's have the hardest time taking out, due to unpredictable movement and his usual location of a flank of the board. Greyscales may not make every single lineup, but he makes the vast majority and is easily a lock for my tournament 8. 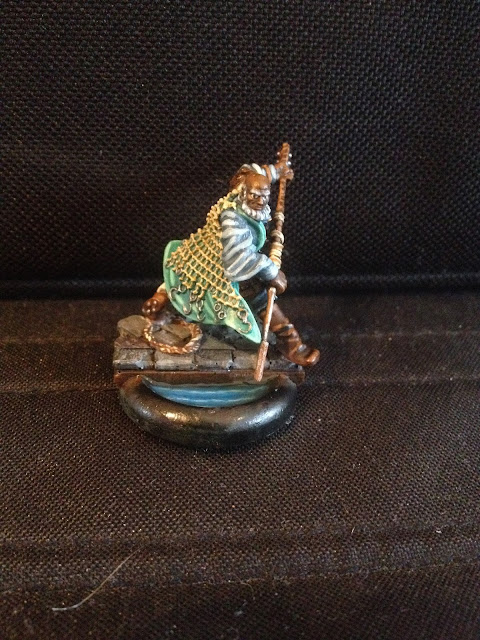 Jac is great. He is the only fishermen model that gives away more influence than he wants AND still contributes every turn thanks to his toughness and phenomenal heroic play. In a shark team he does a great job threatening to push people off the pitch which (alongside Gutter) allows you to have great board denial and/or take out potential to go for the 2 goal 2 takeout path to victory rather than 3 goals. As a great all-rounder with no real poor matchups he is a fantastic player to have in an 8 and tends to make almost every lineup I run (as so many other players really want influence). Jac is a lock for the team. 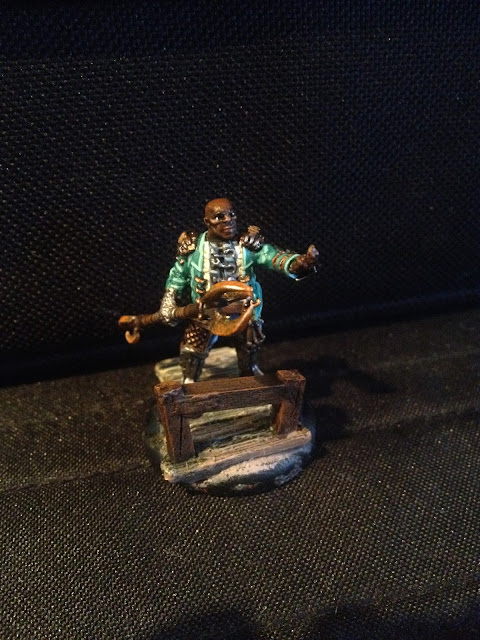 Kraken Kraken is a super cool model. Love the pose of the ltd ed resin version I have, even if he is not my favourite paint job on the team. He is also a lot of fun to use and was in my team at the speedball event I went to at Daffcon as I only had 6 painted models at the time. However, I find he usually ends up stuck without any influence at the back of the board, unable to keep up with a pure goal-scoring shark team. And for a team looking for two takeouts, I think Fangtooth is often a better choice. I don't think Kraken is unplayable and I really like him in certain matchups (Masons especially, but Smoke Alchemists as well). Harpoon is AWESOME. I also think he fits really well in certain Corsair teams. However, I still have not had a ton of success with him in Shark team's and he is just too much of a liability with his poor defence and influence. He is not making the team. 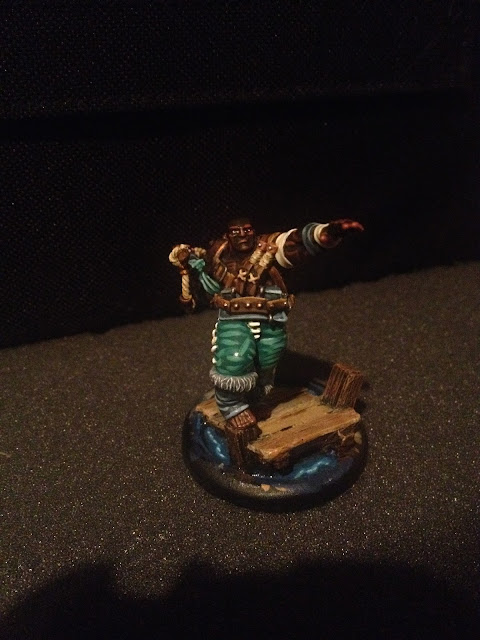 Sakana, like Greyscales, is an all around solid player. He's good offensively, defensively and offers some support. He is also very reliable for momentum generation with tac 5, mom dodge on 1, and anatomical precision. He's not a top notch striker with 3/8 kick and no way to buff it (bar bonus time) but in a team with Shark (and sometimes Angel) he doesn't need to be. He plays more of a winger role for me, either instead of Greyscales, or more often on the strongside of the pitch while Greyscales takes the weakside. He provides a lot to both the 3 goal playstyle with his 8" kick, fast speed and reliability. He also provides a lot to the 2 and 2 team with mom 1 dmg and weakpoint. He is not quite painted yet, but I am really going to try and get him done in time for Saturday. Therefore, he is a lock to make the team if he is painted in time.

Gutter was a recent addition to my collection and has completely changed the way the team has played, more than any other player I have tried out. She enables a 2 goal, 2 takeout strategy that really increases the flexibility of the team. The sheer number of 2" ranges in the team really enable her to hit scything blows fairly consistently when you need her two (not to mention the fairly easy knockdowns and gut and string the team can offer). When I started writing this article I wasn't sure she was going to make the team due to hobby reasons (I didn't have a base for her and she was the only model that wasn't even primed yet), but over the last couple weeks I focussed on getting a base built for her and painting her so she is ready to go now (although I haven't managed to take a photo of her yet). She will definitely be left out against Midas (Scything blow..) and will probably not face some other teams, but she just gives the team so much more flexibility and momentum generation that she is absolutely a lock to make the team.

Fangtooth is my least played player of all. Though he is one of my favourite paint jobs I've ever done, so he's got that going for him. There are two main reasons he would make the roster: 1) his momentous knockdown and 2) A second player with momentous damage. As far as the knockdown goes, it is really handy to have in certain games, especially against teams that will be looking to set up snapshots. Kraken does this better thanks to his 2" ml but Fangtooth is a lot more of a pain to deal with thanks to his foul odor and gluttonous mass. Foul Odor also isn't as negative to your own team when Angel and Shark both ignore it and Greyscales can where'd you go out of it if he ever needs to. Momentous damage is really handy in fish, especially when you combine fangtooth and gutter. Some games it's really hard to get to 3 goals and your opponent is smart enough to stay away from the edges of the pitch so having some damage dealers in the list is an advantage. That being said he does have some of the same weakness as Kraken in that he is slow, low inf, and a potential trigger for powerful character plays. I hope to try him out a bit more, but at the moment he is competing with Angel and Siren for the final two spots and is therefore a maybe for the tournament 8. 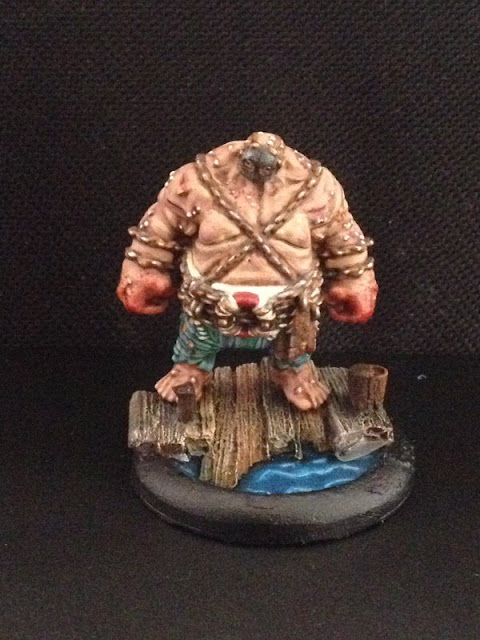 That's it for my thoughts so far. I have some more painting to do before Saturday, but hopefully have a short tournament review after that (although I am going away for a few weeks so it may not happen immediately) where I will let you know which models I went for.
Posted by Insidiously Mad at 09:00:00