A while ago I wrote a post about my attempt at painting a bust. It was something I'd wanted to try for a while and as it turned out something that I really enjoyed too.

With my first busts finished I now I'm keen to carry on and do more, (unfortunately this is at the expense of the rest of my painting queue)

While I'm pleased with these busts they did help me pick out a few (many) gap in my skills. As with most things the key to improvement is research and practice.

The research I could do, the only benefit of going to work is time and access to trawl the web for tutorials, videos, diagrams, and inspiration. This is also a time where social media is brilliant. Various painting groups on facebook plus following other painters on twitter and instagram is a gold mine of information. I've also found figure painter magazine to be really good for all things painting.

Practice was looking to me a bit more difficult, unlike painting models for gaming where I seem to have a never ending supply, bust feel like a bit more of a luxury purchase. Thankfully Salute is a thing that exists. While at the show along side my many other (much needed) model purchases I treated myself to a selection of busts.

Firstly there was the Wonderland set from Broken Toad which my daughter insisted I buy. ( she's also insisting that she gets to paint one of them but I'm skimming over that).

These other than just being gorgeous sculpts are also aimed at painters looking to make the jump from models to bust. The scale is big enough to try out new skills without completely rethinking how you paint. Which was an issue I found with the flower girl bust.

I'm hoping to really push myself on this set, which while its a great goal does restrict the practice element slightly. So my final purchase at Salute was ideal, spotted completely by chance on a stall that sold random boardgame bits and bobs. (If anyone remembers the name please let me know). Here I found a box of loose bust which looked like pieces from a game. They were ideal, bold simple sculpts with enough character to really have fun with. And at £1 each (If I had had any cash left I would have got the whole box for that price).

So now I have a selection of busts to try techniques and ideas on. The first of which I grabbed out of the pile of shame the other night and started on.

This happy fella was the first out the bag, And the things to try were bolder colours, dappling to blend skintones and also better shading of hair.

I decided to go a bit random with the colours, as I usually have a predecided scheme for gaming minis this would make a nice change.

I started off with the skin, I've wanted to try something greenskin for a while so that seemed like a good excuse. I painted all the shadows in first with a purple, most of it ended up covered but it helped with the tone. I then built up from dark to light green in layers which I then tried to blend together by building up multiple areas of spots in various shades all overlapping. I also added in spots of browns and yellow to help.

I then moved onto the hair using something closer to NMM gold than the highlighting I'd do on a 32mm models hair. I think the idea was right but seeing it finished I probably should have increased the contrast between the light and dark areas (similar issue I have with NMM)

The glasses where next and it was another excuse to try something I'd been wanting to for a while. Reflective surface. I think the term is Sky Earth Non Metallic Metal or SENMM (or shiny).

This took quite a light touch as too heavy or bold on the colours and it would look closer to just mutlicoloured glasses not a reflection. I think it worked but it'll definatly take a few more tries before I'm happy with the theory of it.

The clothes were a bit simpler, bold colours and attempt some texture. The shirts is supposed to be slightly silky which will need a rethink to get right (but the colour is great) The tie has a more woven texture used by criss crossing lines along the length.

I'm rather pleased with the results and it has given me some new things to go away and read up on before I start my next project.

Thanks for reading, and hopefully there won't be such a wait before the next post.

It was time for the second showdown of 2017, Spring Showdown. You know it's spring because the clouds are a slightly brighter shade of grey and there's a younger looking range of road kill lining the countryside.

Truth be told I wasn't exactly in a social mood on the Sunday morning and it did cross my mind to drive straight past Hockley, head down to Southend and spend the day eating fish and chips on the "beach". But decided against it and parked up in the usual spot at Wayland instead.

The traditional pre event routine of handshakes, hugs, and insults took place while we were setting up and registering. There was a great turnout for the event, the showdown series has consistently grown in popularity and there was a good mix of players of different abilities.

Once registered and a quick intro from TO Mike "The Bunny" Marshall we were off. Thanks to bag o' tools we could just check our phones to see what tables we were at which really speeds things up.

I faced fellow Dark Sphere local Tim, who was running Molly versus my Raspi. The strat was collect the bounty.
Now this will be a fairly short run down as I didn't actually do anything much all game. I should have known better having played Molly for so long but I got punk zombied to bits by turn three after that it was just a case of him mopping up. The game finished with me having zero models left on the table and a massive 10-1 for Tim. It was a fun game but not a great start to the day.

Next up was lunch and the painting competition. Lunch was the Wayland usual of meat in bread with drink and snacks. The painting entries put out were amazing and I have to say that in the few years I've been playing Malifaux the level of painting has consistently improved. Where as before you had one or two stand out crews now there's always plenty of real contenders.

This round I faced the brute squad, Mr Harris. It was a Arc off with me sticking to Raspi and Ben taking Colette. As we attempted to fight over squatters rights.

The game was slightly less of a pummelling than game one, Raspi was holding back from killing too much as frame for murder was in the pool. So without the worry of friendly blast damage we ended up in a bit of a melee fest in the middle of the board while various ice dancers ran around doing stuff.
Ben consistently scored his VP while I lucked into a few points here and there. Closest I got to a plan coming off was when Colette to a pot shot at the Emissary, killing it and scoring me frame for murder. Finished up 9-5 to Ben, which is about 5 more points than I scored last time I played him.

Going into the last round I was on for the spoon, which although familiar territory for me it was something I'd rather avoid. So a large tea and a breath of fresh air and it was onto game three 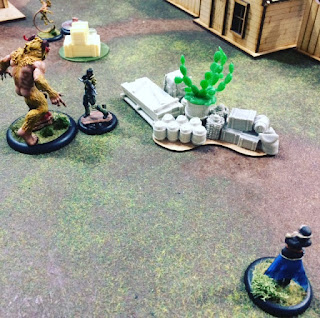 Time for the second arcanist off of the day (so many Arc players now). This time it was versus a newer player James who was running Ironsides. I was sticking to Raspi again. The Strat was Stake a Claim.
The game started as a bit of a beat down as we all rushed into the centre of the table, Raspi took out Willie and put a fair chunk of hurt on the captain. Then the Captain replied by taking Lola (Cassi) down to two wounds. Then Snowstorm ate what was left of the Cap.
After than I did the smartest thing, I run and hid. The rest of the game became all about dropping markers with the odd fight between scheme runners.
The game ended 10-6 to me. Meaning no spoon '17 is still a thing.

Well done to all the people who won (including fellow High Fauxdelity host Ritch, who got best Resser) As always I don't remember these things so check the rankings or just guess.

I managed to win a crew box in the raffle (second event in a row) which will go in to my ever growing pile of shame.

Big thanks to Mike for running things and Wayland for hosting. Thanks again to all of my opponents for the fun games. Oh and thanks to Eless for the cookie.

There are still tickets available for the next two Showdowns of this year, and the the Autumn one Falldown has just been bumped up to a two dayer so and ideal time to practice for nationals. 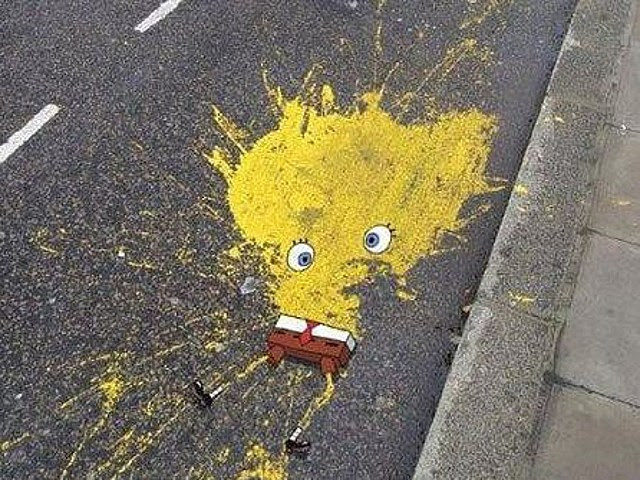