The start of the table

After a few experiments with the types of terrain I wanted on my table I decided it was time to actually get back to some of the board making. First though, I needed a design. I had settled on having a somewhat modular board with individual tiles and roads.

I experimented quite a bit with roads and canals of varying widths and placements and eventually settled on this: 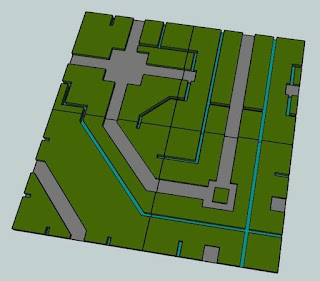 The green is not an indication of grass, but rather a quick way for me to eyeball the different regions. 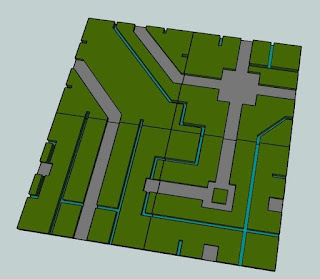 Here you can see I have just moved a few of the pieces around. 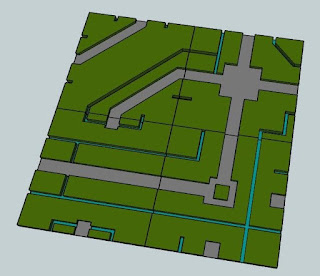 Same locations as before, but just with added rotation. 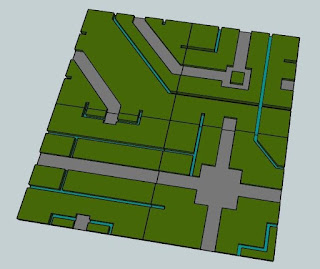 And a couple of more swaps and rotations.


So at this point I was pretty happy with the idea. It was time for some cutting. 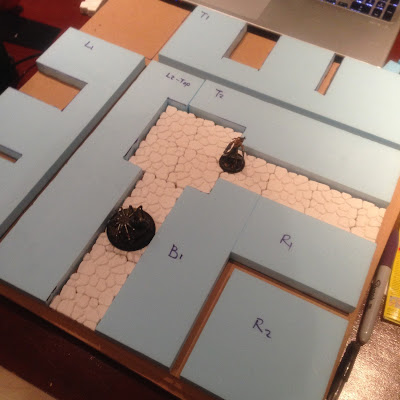 Here you can see the raised land areas all cut up on the first quarter. Each of these will eventually be covered in flagstones.

You can also see a test fit of some of my Hirts cobblestone casts. 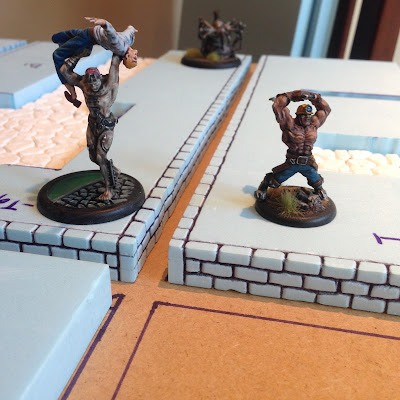 Here you can see the beginnings of the texturing (with some of my muscled models to show it off). This is a laborious process but I wanted a brick texture for the edges of the canals and roads.

I will finish this off with some more pics of the board from different angles. I hope you enjoyed it. 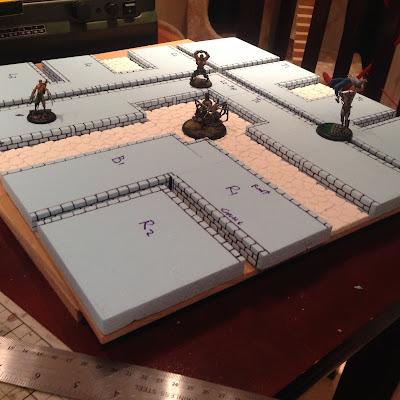 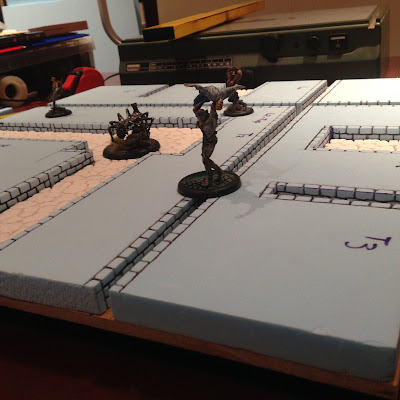 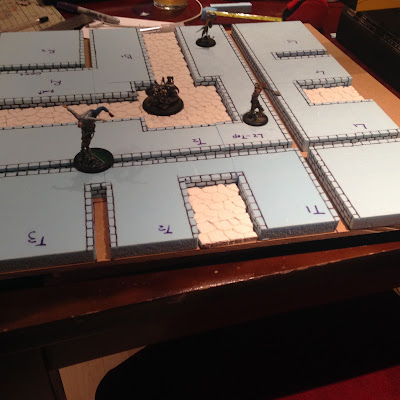 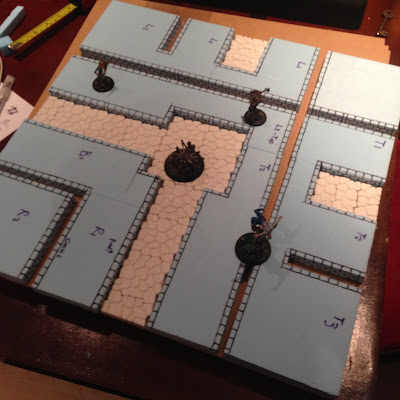