While most of the Abnormalifaux gang are off to nationals in November I decided to run a small event for all of us that can't make the trip up to the biggest Malifaux there is.

As always I'll be holding it at Dark Sphere in London, it's three rounds with extra time between rounds for chat and general socialness. 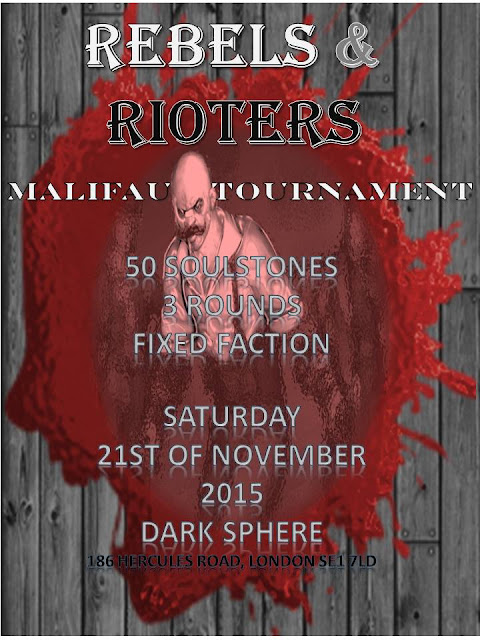 There will also be a small bonus game running running parallel to the main event. The idea with this is I assumed this event would be made up of a few people (like myself) whose mates had all gone off to national or who have little experience with the game. The team element should (in theory) give people something in common with other players there. 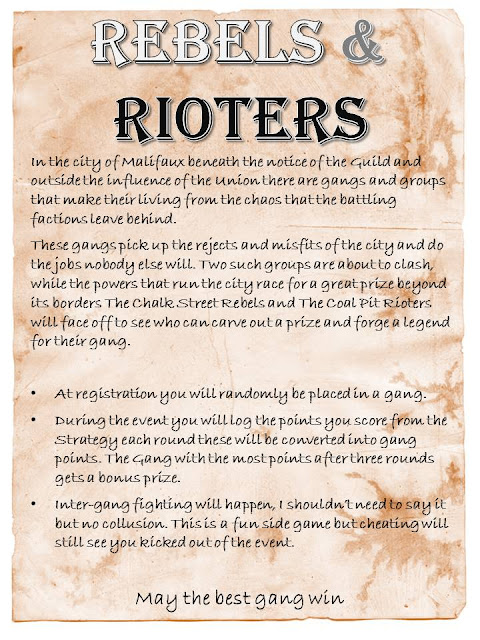 Hopefully I'll see some of you there and the rest of you I'll let you know how it goes.