The end of the league.

After twelve weeks and untold hours of malifaux based plotting and scheming the league is finished!

Last time I gave you a run down of the set up and how things were progressing up to week eight, so now I will give you a round up of the final few weeks and also let you know what I've learned along the way.

Week nine was a free SS game so people played a variety of game sizes but mainly people went for 50ss as after so long at the lower end of the scale it was nice to get all your toys on the table.

Weeks ten and eleven were both at  forty five ss and both had a great turn out. By this point in the league we are looking at at least ten players each week and also a few non league players have started to arrive as well which means there is plenty of malifaux being played.

Week twelve the final week the final story encounter. It had been a long time coming and with lots of helps from a great bunch of gamers we had made it. The final story was really fun to write and from what I heard the rules were fun to play.
The running story is something I haven't mentioned yet so I might as well give you a brief outline now as you've made it this far.

Mr Ribbon and his associates are the main characters that ties the three encounters together he refers to himself as a merchant but in truth he is more of a con man / fixer he specialises in setting other people up to do his work for him while turning a profit from every opportunity.

To start off he is in need of some fresh corpses for a certain mad doctor and some rail golem spares for a un-killable outcast tinker. So the easiest thing to do was start a war between Sonnia and Mei Feng and get paid to clean up the mess.
Next up Colette had a pest problem in the tunnels beneath the Star. So instead of fighting a pair of rat resurrecting kids just get a few helpers to collapse the tunnels.
Lastly we had Ribbon facing off against the lovely Pandora and giving up his apprentice as payment for a long running debt with the Neverborn. But the young apprentice had picked up a thing or two from Ribbon and had guessed at her fate and as insurance had convinced a few hired guns that she was worth a small fortune if she was returned to the city unharmed.

That gives you the major points. I wanted to bring in an unknown name to tie the encounters together as I didn't want it look like the whole league was surrounding one player if they happened to be playing the master I'd chosen. Although I'm far from a skilled writer and very far from any sort of game designer I like to think that stories worked and gave the league a bit of flavour (but this could just be my vanity talking).

What was learned from the league?
As a henchman I learned a lot about my gaming group and what they're looking for which should be helpful in future events I learned about arranging gaming nights and introducing new players to an established group. And twelve weeks is a long time in gaming!
As a player I saw how much better the game works when you really know your crew and have an understanding what they can do.

The results of the league were in my mind secondary to the fun of twelve weeks worth of games with a cool group of people all enjoying malifaux... But if your interested the winners were Conor (Insidiously Mad) with his dreamer crew (you may have spotted his dreamer tactica on here) and the achievement point winner was Barry with a brand new Perdita crew (who I'm sure will have an post on here soon). There were other prize for best painted and best sport but I'll leave them as I think I've rambled on enough.

Lastly I'd like to say a big thank you to all the people who took part and helped to make this league as much fun as it was. 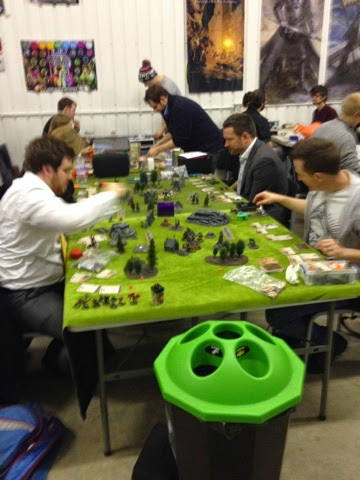