Despite my better judgement I have decided to add yet another series of articles to my contribution to this blog alongside tournament reviews, Dreamer tactica (sorry it's taking so long!!), my Masters after 5 series (which is probably going to start later in the year as I still have only played 3 or fewer games with my non-Dreamer Masters) and other random musings. Apparently I am insane. But I really liked falling TOMB last year and have an unbuilt/unpainted Zoraida box calling my name on my desk so I thought this was the perfect time to get involved. I bought the box to expand my general Neverborn collection as I needed Silurids and really liked the look and rules of Bad Juju. 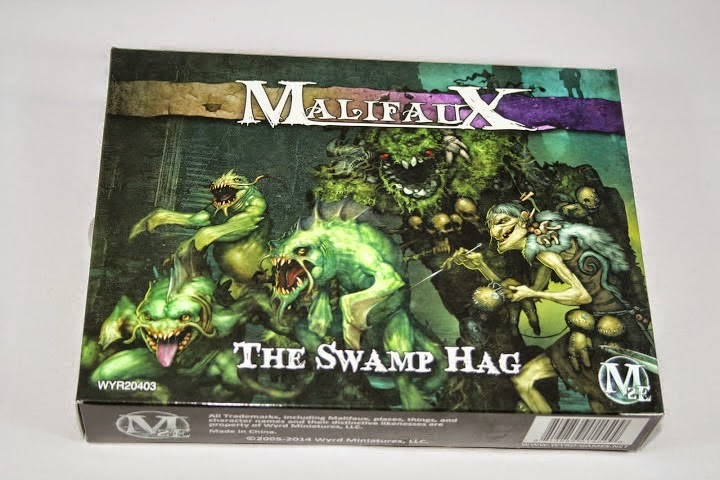 I will be using Dark Sphere prices for the challenge as that is where I buy almost all my Malifaux. However, I also have picked up some stuff second hand or at the Wyrd Black Friday sale so I will note when I am adding models that are not bought as normal.

Month Two: I will have £13.60 for month two after taking off the excess spent in month one. I have a solitary Nurse I got second hand (£9.00/2 = £4.50) which leaves me with £9.10 to spend on further models. Not sure what the other models will be yet, as I want to leave myself some leeway to fill gaps I discover in my crew during the first month.

I have not planned past that point yet, as I think that those models a solid core of staying power, scheme running, hitting power and buffing/debuffing. Month One will be all about taking advantage of Zoraida's base card and Bad Juju's recycling mechanic. Since I have no debuffers or models that pass out conditions in month 1 I feel like the Voodoo doll is going to end up as an afterthought until the nurse joins the team in month 2.

That is all for now, but I look forward to hectically painting this box to try to get it done before Month 1 ends as well as getting at least a game in with the box during this month.

Finally, here is a shot of the Zoraida box which I have finished building. 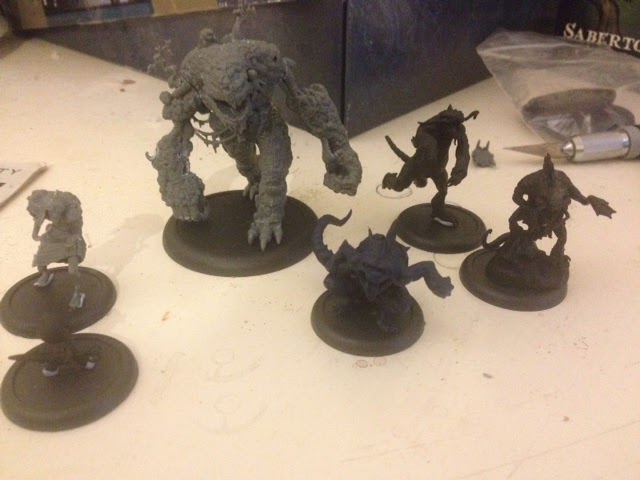