Plenty of you will already have heard that a couple of local players along with myself and fellow Abnormalifaux Conor have started a podcast.

The idea behind the show is for it to be a debate, we each choose our best and worst within a particular category then we argue our case. The main rule is that there can be no agreement, all models have good and bad points our job is to pick these out  and weaponise them to prove our mates wrong.

My introduction into the podcast was from  Seb "the voice". I received a message from him asking me to join him and a couple of others in a podcast. Flattered but had to turn him down... received another message from him saying basically "ahh go on". Sorry but my answers no... so of course somehow, and I'm still not sure how I joined the team.
For those that don't know Seb (which will be plenty of you we haven't convinced him to join us at a tournament yet) he's an Outcast player who is currently putting a lot of time into Parker, (but not painting him apparently). He's an actor by trade so he's very helpful for doing all those "talky" bits on the cast. 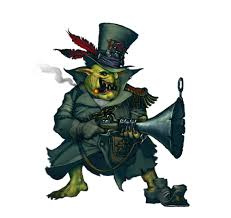 Next up in the group is Ritch "the beard". Best known for A, having an impressive beard and B, being one of the fastest decent painters you'll see ( I'm 99% sure he's actually a wizard). Ritch plays every faction and every master as he seems to pathological inability to stick to a single faction but this means he does have a vast knowledge of stats hidden in his beard.

These two are the driving force behind the podcast and deal with all the tech and grown up things like editing,  scheduling, and the post cast poll on that there twitter. 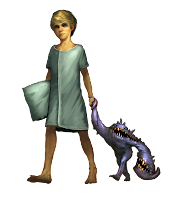 The third member of the cast is probably the most (notorious) well known of us and that is Conor "the filth". Conor is our competitive element, despite having taken a more casual approach to Malifaux this year (stupid Guild ball) he's always a terror to face across the table. Never will you see more glee than when he works out some monstrous new combo (which off air you will hear him and Seb cooking up almost constantly).

Lastly you have me Peter "the tea" my main job as far as I can tell is to translate these three's stat and theory filled ideas into something spoon challenging players will understand. Also I bring an air of respectability and quiet calm to the show (stop laughing I can be... oh look a squirrel!)

We also have a silent fifth member in the form of our wonderful sponsors and local gaming emporium Dark Sphere which is the place you can go if you ever what a game against on of us.

We've got one episode out and the second is due very soon. We also have plans for some very glamorous special guests but the future (I did argue for booking Super Ted but he wouldn't come on without Spot and we didn't have the budget for two guests).

Give it a listen, let us know what you think, if there's anything you'd like us to cover in the future, or if you just want to tell these fools why I'm right and Rogue Necro is the best model in the game.

Email ThisBlogThis!Share to TwitterShare to FacebookShare to Pinterest
Labels: podcast