We're all going on a summer showdown...

So yesterday (all my troubles seemed so...) I headed down the Southend arterial road to Wayland games to take part in the warmest of the showdown series. For those that are unaware the showdown series of events are a run of four seasonally named 50ss tournaments hosted by Wayland and run by Mike "Lord of Malifools" Marshal. The events always draw a nice crowd and are a great mix of new and old players.

The morning routine for showdown is fairly set now; wake up, tea, breakfast, wash, dress, drive, more tea, second breakfast, one more tea... And we're in time to register "Ressers please Mike" and say hello to people.
The saying hello to people seems to be part of the day that gets longer every time, loads of new faces, either people completely new to the game or just new to showdowns which is great to see. Then the regulars who it's always good to see. Some of the regular faces were missing this time whether this was due to the wave 4 ruling, other commitments or alien abduction we may never know (my money is on aliens) 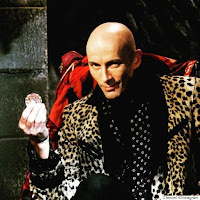 actually learned anything with him. Oddly this is one of the few times I've been nervous taking a new master to an event. Nico is much less point and shoot than I'm used to taking and has so many options for summoning I was worried about getting decision paralysis and what to do next. There's also the time issue with such a heavy summoner but it has to be done so here we go.


So on to round 1. Guard the stash Nico vs Seamus Me vs A hungover Craig.

This game can be summed up in two steps. One a focused Seamus couldn't shot the water if he was sitting in a boat and in a rogue necro's off the painted on is going to win. If you want more detail (you came to the wrong man) after a solid start from Seamus the wait of numbers started to push things in my favour. A face off between two rogue necro's and two madam Sybelles swung in my favour too giving me a big help. Even with this I just managed a slight win taking it by 1 vp.

Break for lunch a wayland special, more tea, more chat and the painting competition. The painting is always a highlight as its great to see some of the amazing work. Skipping ahead the painting was won by one of my locals Jonny with his great pig swarm.

Round 2. This time it was Collect the bounty Nico vs Ophilia Me vs Lee bendyboards Battrick

I've never had a great track record against gremlins but I was confident that Nico could at least hold his own against the tiny green terrors. It started well with a lure, pounce and smell fear combo between a belle and the Necro taking out the rooster rider. The Necro was the Trixied to death scoring me frame for murder.
That was about it for me other than crawling forward through the gremlin bullet storm.
Lee also manage to flip a joker for initiative to win the spot prize, which he very kindly gave to me and I gave back to him, then me , then back into the prize box to pretend it never happened. like a very odd pass the parcel.
Lee took a solid win but it was a really fun game and despite the result I happy with how Nico preformed and I think with a couple of simple tweaks I could of really challenged the game. 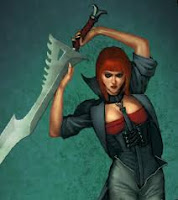 Round 3. No time to stop for tea (quietly crying on the inside) Extraction Nico vs Lilith Me vs Phil
Another great game and despite ignoring my schemes for most of the game due to lack of tea I did ok.
Upside I managed to take out Nikima, Barboros and doppleganger by end of turn three. Down side I had hunting party and didn't score any points. Phil played a solid game, scoring points every turn even while I piled damage onto his big models.
Ended up losing by one. Really fun game and loads happened every turn.

So one win and two loses not ten nils and nothing came up that I didn't think Nico could handle with a bit more table time. I didn't get my zero or better VP diff that I was looking for but had fun learned some lesson. One being I need more mindless zombies if I'm going to keep playing Nico.

Thanks for reading, I'm off for another dip in boiling water to try and scrub the gamer stink off myself.