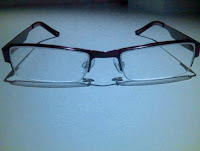 A couple more games with Nciodem done and a couple more learning experiences (losses). So out of six games with the one legged wonder I'm up to two win and four losses. I'm getting the hang of Nico's various different abilities and upgrades but not quite there for how to convert that into VP. I'll get to that and where I'm head after I give a brief run down of the most recent games.

This was a rare bit of non event day faux when a few of us decided to bunk off being adults and head to town to play toy soldiers. There ended up being eight Malifaux players on a random Wednesday afternoon at Dark Sphere, which was great fun having loads of 'faux chat going on. 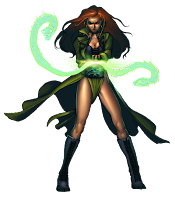 First up I played the human grumpy cat Chris running Pandora in squatters rights.
It was a fun game Pandora smashed rogue neco turn 2, Nekima smashed everything else, including red jokering damage against Nico himself. I have to say I didn't impress myself this game, I had no real plan on dealing with Niki or Pandi so just bunched up in he middle and summoned as much as I could. In hindsight this was a game I could of been a bit more cagey with but it was a fun game and losing to Pandora isn't like actually losing. 9-6 to Chris.

Second Game of the day I played the tiny terror that is Claire running Ophelia in extraction.
A change from the last few lists I dropped the attack magnet that is rogue necro and the vulture and took

Killjoy mainly because "shits and giggles"
This game went down hill fast (again) A thrown Ophelia and Francois combo took out an over keen Sybelle turn one (yes one). Killjoy popped out in the gremlin back lines ready to smash green face but was destroyed by Burt before he could do anything. The game the resorted to me just sending wave after wave of mindless against Ophelia in an insane attempt to turn her into a mindless with them, because why not? The game ended 10-3 to Claire who finished the game with most of her crew left and most of mine chopped up and feed to the pigs.

All in all a great day of gaming with me taking models off the table quicker than I could put them on.

Now I need to look at where I'm headed with Nicodem. Six games down with him and maybe the chance for two more before my next tournament I need to start looking at how to actually score with him not just getting him mechanics down. This isn't really my strong point when it comes to gaming.

But I going to try and push myself (a bit) to improve at this. To do this I'm (once again) going to give myself a

target for my next event (Summer Showdown at Wayland games). The target is zero. Normally a great target for me to try and score in a game but this time I'm looking at total VP difference.

So a final total of zero or better for my VP diff. This means I'll have to to think about my games as a whole both scoring and denying points, which I'm guessing is standard for most players but seems like Mensa level thinking for me.

As for how I'm running Nicodem and where I'm going wrong I have a few ideas.
Firstly positioning is something I need to work on, keep in models in Nico's buff bubble is something I tend to be a bit hit and miss with running models off into trouble and leaving them just out of the protection of Nico. 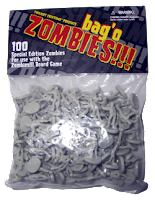 When to push forward, being used to running Molly and Seamus who want to fly up the table turn one and start smacking stuff with Nico I need to find that point were he can still affect the flow of the game but isn't getting smacked in the face every two minutes.

What to summon. This is the big one I think at the moment. Currently I'll summon either hanged or shikome
which ever I have the card for but sometimes I would be better summoning a cheap runner to score me a point and save my high card for something else.

Also a big one for me no matter which master I'm running REMEMBER MY SCHEMES.