Can't please everybody but...

It's time for another squirrel scaring rant, take a deep breath and hide the nuts.

At an estimate the UK population is 65,164,534 and the UK malifaux tournament population is roughly 390 which amounts to around 0.0006%. Now within this tiny group of like minded people we have some how developed a hundred sub groups and a twisted class system.
Now coming into to gaming I expected some divide. Assuming between different game systems and then between factions within that system. Growing up in a sports mad environment this made sense football fans think rugby fans are toffs, rugby fans think football fans are animals and football and rugby fans agree cricket fans are dull gits. Then within that Spurs fans don't mix well with Gooners and Chelsea fans don't mix well will anyone.
All this I expected, some piss taking, some friendly rivalry but still a general community (anyone who's stayed with my rants for a while knows I use that term a lot).

What I didn't expect was the weird class system that seems to of crept in over time or maybe always been there and I've just noticed it. More and more you can see points where events feel more like a school

playground than a group of adults meeting up to spend a length of time enjoying a mutually liked pass time.
Oddly I think unlike some other games this isn't something that is aimed at new players, who are openly welcomed. Its when people settle in and get comfortable they seem to be sorted in to whatever class the invisible social sorting hat wants them in.

Now I don't for the most part think this is an inherently malicious exercise or even conscious practice ('ark at her using grownup words).

Going to an event you'll see people mixing and chatting and for the most part being lovely friendly people, but you'll also see people retreating back into their own groups. Now I'm not saying this is bad or evil or that we're all vile excuses for human beings (except you, you sicken me) but it then leads to the next issue arising.

THEM. It's a natural progression for a group to develop an us and them mentally. To demonise "them" brings

the "us" closer together (read any tabloid and they have this down to an art). And this becomes a major issue when people start to believe the jokes as fact.

When I started going to events a few of us coined a term "travelling circus" for the handful of regular tournament players that always seemed to be at events in mass. All nice enough but obviously not "us" group of newbies and it gave us something moan about "how'd you get on round one?" "Fun game but I lost to one of the travelling circus" etc etc.

Don't worry I'm getting to the point...

What I see happening now is a few people being shoved in small groups and given gamer labels used as an veiled insult. Neckbeards, try hards, gamer stink. And this means we're pushing people off to the edges of a group that is already at the edges of conventional social groups and the only thing left to do when you're pushed to the edge is to drop off or push back and neither is healthy for the overall community. 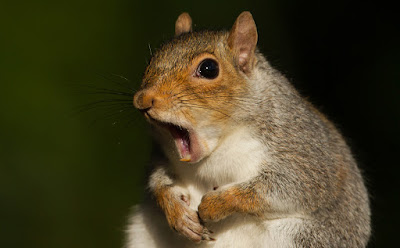