Wherever you game you're doing it right.

By now if you are a regular reader you may have realized that while my Abnormalifaux colleagues post clever blogs about the wonders of Malifaux, I rant and moan like a crazy man shouting at squirrels in the park. Well that's going to change today I going to write a clever well thought out tactica explaining exactly how to.... Actually no I'm still going to write rant but it's just not going to be angry, ok not as angry. (Baby steps)

First let's work on the assumption that if you are reading this you play Malifaux. Maybe not as much as you'd like to but you play it and enjoy it. The question today is where do you play and whatever the answer the answer I'm going to tell you it's the right one if it means you get to play.

Let's start with the staple of gaming cult(ure), The games club. Gaming clubs whether they're in church halls,

the back room of a pub or in vaulted subterranean chambers lit by gaslight ( I haven't found it yet but I'm sure it exists). These clubs are the soul of gaming culture, games can be made or broken on whether or not the right people at a club decide to play them. A lot of clubs have the air of the classic old boys clubs you see with any institution, wary of change and run by a group of old mates who are keen to keep their way on top (like the Met in the 80s). But in between and underneath these pockets of old school clubs are the gems the groups that drive the hobby and pull in new members and reignite the passion in the tired old gamers. Both of these types of club exists and there's a range of levels in between them but thanks to a few hard working people at each and everyone of them they battle on and keep opening their door every week or month they can. Never underestimate the work that goes into keeping a club alive no matter the size or type of club the fact that they put the work in deserves respect and if you play at a club you are part or something you should be proud of.

Next up is the gaming shop if the club is the soul this is the heart of our culture often swung by the demands of the local clubs but still with it's own power and followers. Shop gaming misses that sense of ownership 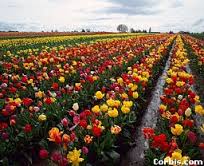 that comes with club gaming, the shop is the boss the players no matter their commitment can never be more than customers. The tables and terrain are the shops and will lack the love that goes into club tables and events will always feel a bit more corporate but the ship has something clubs often lack. The ability to change and evolve with the needs of the community. Shop are like clubs forced out into the light they can be seen and can attract new blood, they also have to do this or they fold. This is why you should support shop events meet the regular players, always try and drop in to your Local Game Store and pick up something when you can, if you can help keep the lights on and the new blood flowing the hobby will keep growing.

Next up in the trinity of gaming is the home players. People who play on kitchen tables, living room floors and garage gaming havens (and I'll lump vassal in here as well). This is the root of gaming, where most players start and plenty will end up again. It's as simple as a couple of friends, family or old rivals meeting up and playing a game. What you lose in the group atmosphere and culture you gain in the freedom to play
when and  how you want. People will often say "oh I just play at home" or when signing in for an event and asked for where they play that answer can be greeted with a patronizing "oh just casual in you kitchen then". Well fuck you both answers! You don't "just" play at home. Have some pride in the fact you play on your own terms instead of staring at the TV you set up a table and play an epic bloody game. And if you meet someone at an event who plays at home say well fucking done not "oh just at home?".

Like always this is more venting than tactics more general than Malifaux but the general point of all this is if you play a game and you enjoy it stand up, be proud and keep fucking playing! Don't be a snob about where other people play either as long as people play they are one of us and should be welcomed.