I've decided to have a go at writing a tactica / review. Now as I'm not the greatest of players I've opted out of writing anything about masters or henchman as that would make my head hurt, so I've decided to try and keep it simple and talk about a minion, but a cool minion so it's okay.

First off before I get to the card I'll give a fluffy run down of the punks.
Punk zombies fluff comes in two flavours either they are the still blood hungry corpes of killers or they appeared in Malifaux after the Three Kingdoms began to settle on the fun side of the Breach. Clans like the Ten Thunders included highly skilled warriors and swordsmen (not highly skilled enough to stay alive but still good). As with all corpses sooner or later a resurrectionist had a crack at reanimating one of these warriors and was pleasantly surprised to find that these zombies retained a bit of their martial training. This made them a popular choice for strong necromancers to practice their art on. I lean towards the second description as the better of the two but the first does give you some leeway on swapping out the weapons and them still fitting the fluff.


Now why these sword waving zombies come back looking like this 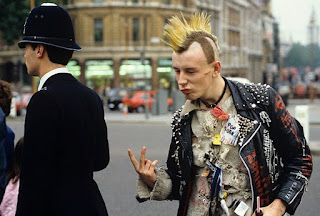 Instead of this I don't know, but punk is fucking cool so suck it up. 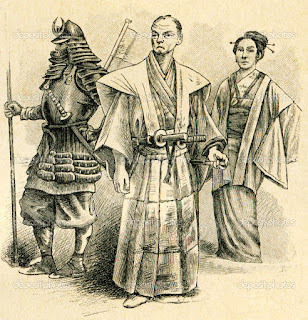 Okay to the card

Df 5, 7 wounds with hard to wound and hard to kill mean these fellas will take some work to get rid of.

There only flaw is the 4 walk even with unimpeded they will need some help if you want them out of your own table half.

On the back of the card is where we find the real reason everyone loves the punks. First they're standard attack, it has a sold Ml with a build in positive and does a decent amount of damage which when linked up with their flurry action this becomes brutal and very fun.

The second attack is an aura effect which make everyone in 3 inches take a Df duel which is great for eating up the cards in your opponents hand.

If you are using punk zombies first well done that is the correct choice second there are a few tricks to getting the most out of them.
1, try not to waste their AP on walking. Either use lures to bring victims to them or pushes to fling them around the table.
2, decide how many attacks you need. 1 focused attack can sometimes be a lot better than 3 flurry attacks and don't expect slice and dice to kill a whole group of models you'll hit half if you are lucky but it will drain opponents card making the rest of you're turn easier.
3, punks won't win you a game but they are really fun and always worth taking even if its just to
draw enemy fire while you run round scoring vp.
Posted by Dr Walnut at 10:32:00