Up the painting ladder

After a few big ranty post I thought I post up a quick progress report on my current painting progress.

So some people may have read a post earlier in the year where I said I wanted to improve my painting, just raise the average standard a step or too and I thought I'd share my attempts to do this

Before I get into my current painting progress I'll give you a quick run down of my painting history (don't worry it won't take long) I started painting about four years ago after picking up a reduced GW paint set in a Hobbycraft while my wife was shopping for something. thought it would be fun to do on a rainy Sunday. This led to me picking up a few more and watching a few youtube videos and eventually actually playing and painting models to go on a table as well.

My first Malifaux models were Perdita and family about two years ago and I was incredibly proud of this paint job for a while. 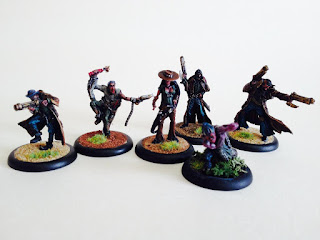 But back to my current progress  I'll start with the first model I painted this year Chiaki. I really like this paint job its clean and simple. 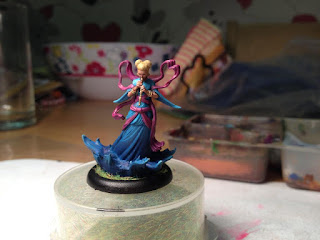 I count this a great starting point, its better than ninety percent of what I'd painted before and I think I got the most I could out of the model with my skills.

Next up were the student and I'm less proud of these. Skin tones and metallics are two points where I was lazy and just based, washed and the highlighted. Great models are let down a bit by this finish so I decided these were skills I needed to work on. 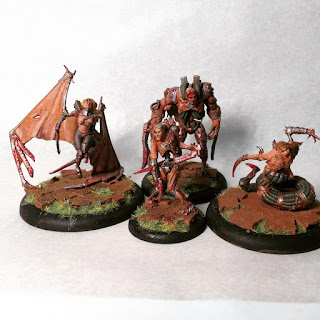 Yin and Nico's zombie gave me a great chance to practice skin tone and after slowing down and building up a few more layers I felt like I had a good handle on flesh. 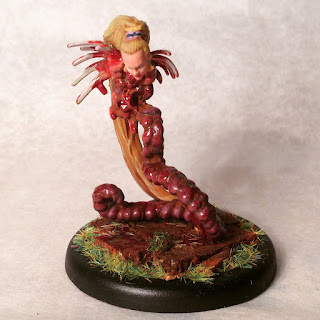 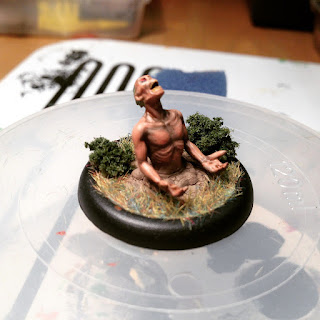 So next up I needed to work on metallics first step of which was Hannah. I though a large area to work with would make the technique easier to learn but it probably just gave me more space for mistakes. 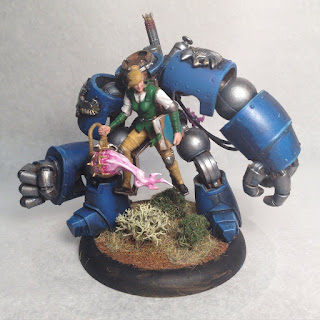 Once again more layers and highlights looked like they would be the key.

I decided just to try a few different styles of metallics to see which one suited. This gave me these two and a working knowledge of the technique if not the skill behind it. 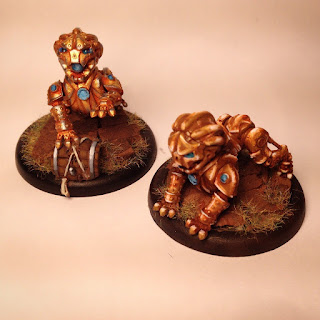 With this knowledge I tried to build up some skill the small metal details on the carrion effigy were great to practice on. 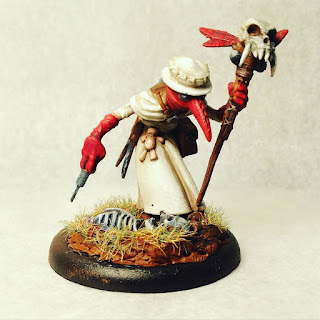 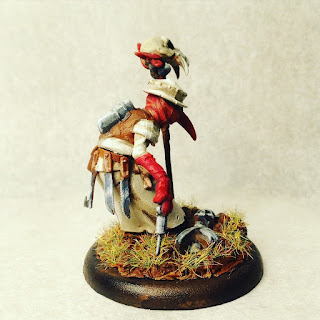 And if you will excuse the non Malifaux model Guild ball's Rage is so far my best attempt. 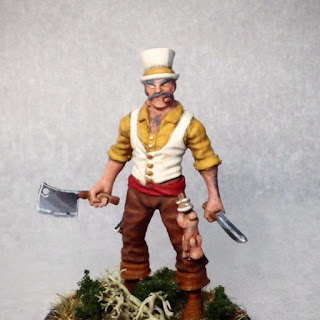 With all this practice I felt like my painting had improved so I decided to test myself and paint my recent gencon purchase the Rogue Necromancy.
I wanted to try and make this the best model I'd painted and ended up putting about fifteen hours into in it compared to the two hours I spent on Chiaki at the start of the year. (or the three hours on the entire Perdita crew) 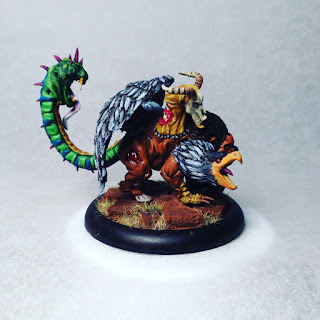 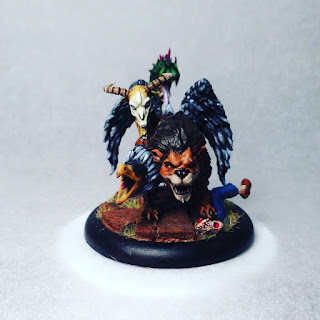 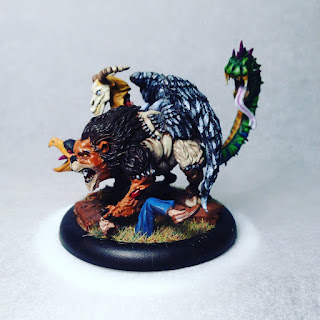 I'm really pleased with how this model ended up and I really enjoyed painting it even if at points it felt like I'd never finish.

Hopefully I can build on this and improve a lot more by this time next year and I can show you all some progress again.