Fun with casting - proof of concept

In my last post I discussed some of my plans for my Victorian streets table. In particular I showed off my carved building masters. Well since then I have moulded and cast the first wall and the steps as my proof of concept. 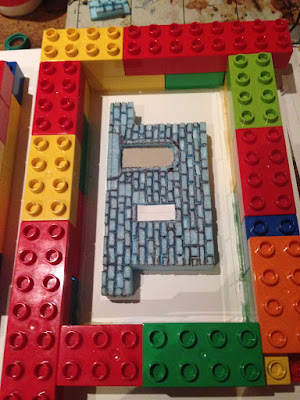 I prepared the mould walls with some of my daughter's Duplo blocks. This actually not the one I moulded...it is on the left, but for some reason I only photographed this one. 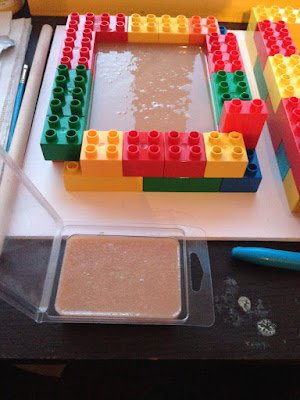 The worst part after moulding is the wait. It is so hard not to poke and prod at the rubber. The best trick is to do at night and then go out the next day before you can do any harm.

I did learn that it uses far more of the raw materials than I expected. I am going to need to get some more before I manage to mould the next four walls. 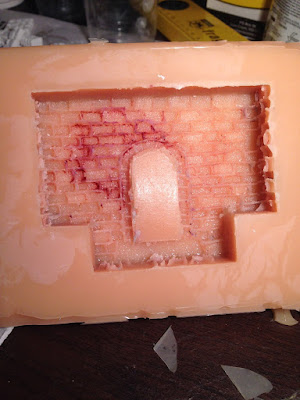 I learned quite a few lessons from this one. Mostly, no matter what the demoulding agent says...you need more of it. Oh, well I managed to get it all out the mould, but the cleaning took some time.

That funny mark seems to be some ink from the master that bled out. It came out after the first cast. My casting skills still need upgrading. There are a few casting bubbles in the cast, but that will clear up as I improve. Plus I can cover those up easily enough on the bricks.

I am pretty pleased with how the brick work came out.

I still need to find some bits before I cast the doors.