End of the League.

Short post as I have tournaments to plan. (make sure you've got your ticket to Dark Faux in July)

At our club we have just finished a short league. The idea was a quick fun league that would be good for new and old players alike.

What I came up with was a 5 week escalation league that covered all the rulebook strategies and all the schemes. All the Strats and schemes were pre announced so that everyone had time to think about how they wanted to build their crews.

There was also a ranking system in place to help balance the experienced and newer players. This seemed to work as most of the games were very close. 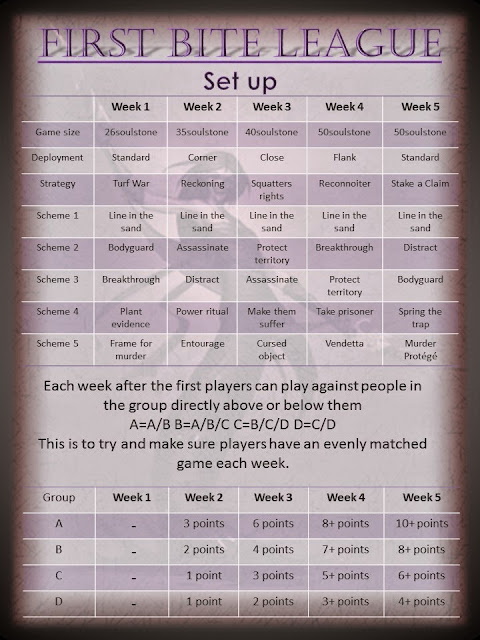 The final scores tallied and we had our winner, Abnormalifaux's very own Conor (Insidiously Mad). 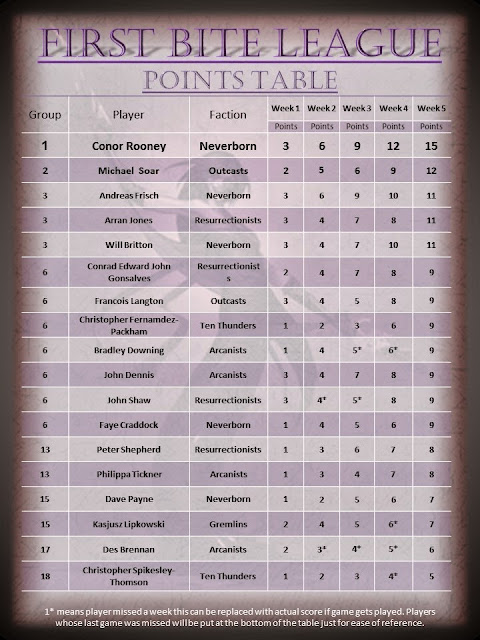 I really enjoyed playing and running the league and I hope everyone else enjoyed it too. We managed to attract some new players and bring back some old ones too. The plan to get the new players to a point where they could show up to a game see the strat and schemes and be able to say I can handle this.