Alright it looks like I (barely) finished in time again. Here are the two models I have done...

Nowhere near as much to say as about the last models as there are only 2 models to paint and neither of them required as much inspiration as painting the silurids or Zoraida did. The nurse I decided to go with white and pink and bright blue heels as a highlight colour so she would pop a bit more (although they ended up getting a bit hidden by the basing). This is the first time I have painted quite a lot of white in a while and also one of the few human models I have painted so I wasn't sure how it was going to turn out. I'm pretty happy with the end result. I tried to do proper stocking, ie. partially see-through, by painting her legs in skin tones and then doing a really watered down layer of white. It looks great from a distance but doesn't stand up as well to close inspection so I may need to work on that technique a bit more, but overall pretty glad how it turned out. Ended up giving the Nurse Brooke Shields eyebrows rather than smaller ones as I used too large a brush, but kind of like the character it gives her so decided not to repaint them. 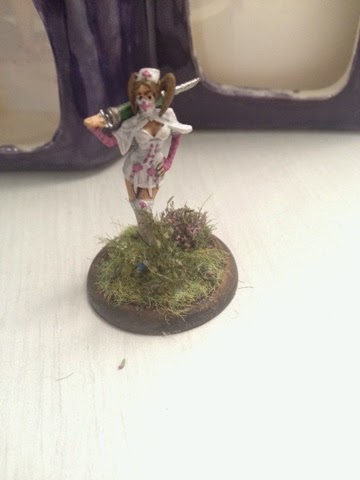 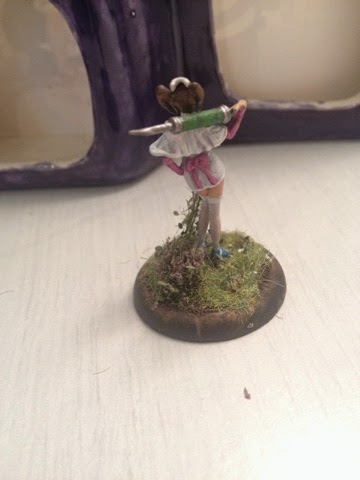 Iggy I converted from one of the metal Stolen models (the other two will become a Malifaux Child and Candy). By converted all I mean is that I used green stuff to sculpt some flames coming out of his hands. This was incredibly frustrating for me as working with green stuff is still not my strongest skillset. I'm still somewhat worried it is going to get knocked off but I will try and remain vigilant/careful. Also I thought about doing some OSL(Object Source Lighting) but since I have never done it I didn't want to attempt it on a fully painted model. Much like I am (slowly) going back and adding water effects to the crew, I may end up going back and adding some OSL to Iggy in the future, but probably won't have time any time soon as I have a lot of unpainted models to get through first. Overall I'm pretty happy with how the fire looks (although the photos don't really showcase the small amount of fire in his left hand) and really enjoyed painting this model. 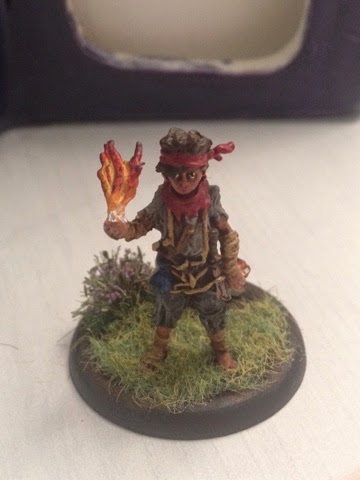 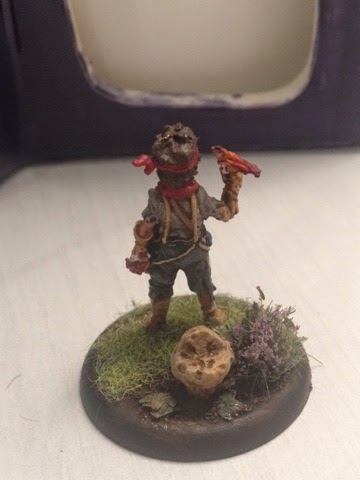 Month 3:
As stated in my final post of month 1, the plan is to paint Nekima for Month 3. Haven't really figured out anything about her colour scheme yet, so need to do some planning before I start painting her.