Sorting the good from the bad (pt 2)

This is part two of my good and bad habits series. 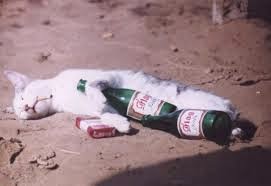 Being rude, nasty, homophobic or cheating. It shouldn’t need to be said but turn up to a game and be a decent human being. Don’t use the word “gay” to mean something lame, derogatory or something you don’t like. It re-enforces stereotypes and those are the ocean in which prejudice and hate swim. Malifaux is one of the most friendly commutes of gamers I’ve come across, and seems much more welcoming than some other communities so keeping the ethos of courtesy and fun seems vital.

Being sexiest. Again Malifaux is a great community with plenty of female players. Most of these players will be better at the game than me. (Actually most people are better than the game than me). Don’t assume that a girl gamer needs your help/advice/comments on her appearance. Don’t assume that she needs you to decide how she should or shouldn’t behave, or that you get to decide how other people act towards her. She’s her, and your you and you both want to game. Don’t mansplain things. Mutual respect for another player of any gender is the key to gaming fun.

Too many proxies. Sometimes an all Imperial Guard Malifaux crew is the only way to get into the game. At some point though you need to buy a crew, stick it to a base and make it easy for your opponent to tell what it is.

Poor hygenie. This has been banged on about in podcasts, forums, etc. yet still the awful smelly gamer exists. Take a shower and change the clothes. Please retire to the basement and let us bury this cliché.

Stopping your game to talk to mates for more than a few minutes. Sure we have all told a friend how awesome it felt to flip the black joker for every crucial flip but don’t drag it out to a 30 min discussion of your plans to get into war machine.

Being unable to accept you could be wrong. Yes the Malifaux core rules are simple but the myriad of interactions means that you will come across stuff and misunderstand it or play it wrong. Your opponent might have a different interpretation of something. Discuss it, but don’t let an argument drag on. If you are in a tournament, time will be pressing so a 20 minute debate on whether a model can do something irrelevant to the VP outcome is pointless. Call a TO, or have a flip off or whatever but move on.

Not measuring your move properly. When I started gaming decades ago I used to be in the bad habit of moving less than my full move, then realising I’d not moved far enough to get in range of objective/target and wanting to nudge my model into place out of sequence. I had the movement, I’d just not moved correctly. I made a point of not letting me opponent let me correct those kind of mistakes so that I learned through suffering.

Nuts are a really bad habit. Don’t eat nuts. Nuts are evil. I hate nuts, and they hate me. I go to tournaments dreading having to stand near people who eat nuts. I like to shake hands with my opponents and wish them good luck or well done, but I can’t if they are eating nuts. I accept that this is a hopeless crusade I’m launching but hey Don’t eat nuts.
Posted by Bad Luck & Blood at 10:51:00