Sorting the good from the bad (pt1)

Well I’ve been playing Malifaux for coming up to a year now. I’ve enjoyed it loads and thought I’d share some of my reflections on what I’ve learned as I gorge on Chocolate Eggs. 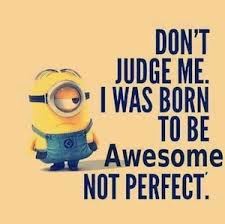 I’ve played the Viktorias, Nicodem, Mei Fang and Yan Lo as my masters so far. I don’t tend to master swap for strategies or schemes. I have Misaki, Kirai, Von Schill, Seamus and McMourning waiting for a go on the table.

Turn up to the game on time with your cards & models. Yes everyone forgets things sometimes, and life sometimes gets in the way but if you’ve arranged a game at a certain time try to stick to it and not wander in 35 mins late (baring disasters). Time tends to be more precious as we get older and commitments like family and work soak up time, so carving out gaming time is often a challenge. This goes double for tournaments.

Put your cards in little sleeves like those used by magic players, and then buy some dry eraser markers. This has to be my top tip for new players. It makes tracking wounds easy and stops the table getting cluttered up with dice.

Communicate clearly so your opponent knows what you are doing and why. It makes the game flow more easily, avoids confusion, and prevents cheating or mistakes. Sometimes a player gets carried away with the super triggers and follow on combos that important things would get missed. For instance an instant kill trigger that activates after damaging can get a player excited but the target might have lost the flip and have something that reduces and prevents damage (e.g. armour and metal on metal on a railworker) that could prevent the trigger going off. Don’t skip ahead, especially as you arrived early and have plenty of time to play.

Keep your deck in one easy to see place and make sure your opponent can read the cards you flip. Announce target numbers before flipping and make your total clear to your opponent.

Define terrain before you deploy, especially things that might get contentious. Think about how annoyed everyone could get in a discussion over whether a sniper could shoot through the gap in a height 3 ruined wall. This is especially common with the GW ruins that are common in Malifaux games. These pieces often have lots of gaps. Some early discussion will avoid the situation coming up.

Offer to let the other player cut your cards. It says in the rules you should always offer. A new thing seems to be developing about always shuffling your opponent’s cards. That isn’t in the main rules so ask your opponent if they mind you giving an extra shuffle before you do, otherwise someone will eventually say “what the fuck are you doing?” and an argument will blow up. Personally I wouldn’t mind my opponent shuffling my cards, as my bad luck means I’d be happy with them flipping for me too! Some people won’t like it though so ask.

Tell your opponent what you are doing. Be clear if it is an ability, a condition, a 1AP, 2AP or 0AP.

Be polite to your opponent and remember that not everyone likes a barrage of swearing. I’ve noticed at some tournaments that swearing between friends turns into yelling obscenities across the room. Ok, a games store is not a day at the office or a meal with grandma but the C word yelled at the top of a voice isn’t necessary.

Be patient with players trying new models or crews. Even experienced player get things wrong the few times that they are trying a new crew.
Posted by Bad Luck & Blood at 13:30:00