Well this is a bit embarrassing isn’t it, our little twice weekly blog has crawled to a bit of a halt, to the point where twice monthly would be a surprise and twice yearly would be an improvement.

I’ll hold my hands up on this one as I’ve not posted in ages due to a complete lack of shit being given about gaming in general. This has a filter down effect on the rest of the group. Not in the way that I’m any sort of boss or leader to this mob, think of me as more like a grumpy stepdad who doesn't care if the kids do their homework.

So I figure I’ll have to step up and write something so I can at least pretend to be a good example. The problem is I’m not really doing much gaming to ramble about, and I’m not talking to enough idiots to warrant a rant. That leaves me with the option to write about the absence of gaming that I’m experiencing. 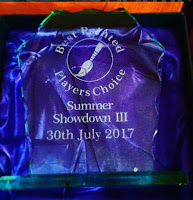 Alright then if I start way back when I was all bright eyed and keen (and still bitter and grumpy).
We’re probably looking at the first half of 2017, I was going to plenty of tournaments and having fun getting stomped without winning a spoons.
My painting was actually improving and I was enjoying the challenge of pushing myself to be better, I even won a painting prize which is on display with my spoons.
The blog was consistent and getting decent views I was part of a popular and ( despite my best efforts to mumble and moan) a bloody good podcast. 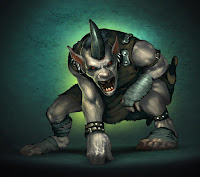 Which is always a possibility even when I’m enjoying something.
Most of my gaming time was focused on Malifaux and had been for years, and in my biased and bitter opinion 2017 was probably the worst year for Malifaux since I’d been playing, the game and the meta had grown bloated and stale. Games were either crushingly one sided or tediously close. Now I know plenty of people were still loving the game and I’m not saying they’re wrong but I can honestly say I was no longer enjoying playing Malifaux and going to events was beginning to feel like work.

This falling out with my main game had the obvious effect on my painting, with no real need to paint anything I was just painting for paintings sake which while fun isn’t the ideal environment to drive my painting for, so I just stagnated painting stuff to pop on a shelf. I’d probably say I’m a worse painter now than I was a year ago and a big part of that is lack of regular practice mixed with lack of drive to finish anything.

The blog and podcast sort of spluttered to a stop and I’ll honestly say I didn’t put up much of a fight to keep them going, I was enjoying the chat before the recording more than the show itself and it probably came across ( I know you all think I’m the coolest fella around but podcasting legitimately made me nervous). The blog still has some hope but I’ll have to decide if it’s worth the effort.

So if I’ve not been ruling over the world of Malifaux what have I been doing?
The answer is not much at all. I’ve been playing D&D with the Abnormalifaux lot which is loads of
fun and has inspired me to look into more RPG ideas (if this carries on expect lots of tales from the loop chat as it’s awesome) it also inspired me to try and set up an RPG event which I was very excited for... things didn’t go quite as planned and it died before ever getting off the ground. To be plain this was a real kick in the balls, I can say without being boastful that I can run a good event, I’ve done it before and this one was set to be great, then things started to fall out of place until it just wasn’t viable anymore. Like I said it was a proper kick in the balls and something I’m reluctant to put myself in the middle of again any time soon.

So there’s the ever darkening pile of my hobby in the second half of last year add to that bollocks of life in general and the utter state of the world I didn’t start 2018 with a huge amount of hope for my hobby time.

That brings us the the big question of what the fuck am I going to do about this absolute state? 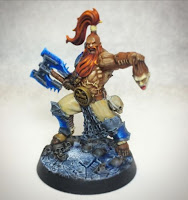 The first thing I need to do is find a new regular game, I was lucky when I stumbled into Malifaux that I found a group of like minded idiots to play with and roll up to events with, I doubt I’ll form the same bond with a new group (partly due to me being even more bitter now) but there’s no reason not to see what the events are like with other games. I’m enjoying Shadespire at the moment so that’s going to be top of the trial pile.

The hobby problem I think is an issue of motivation, having a new game will help but I think I need a motivation that is purely based on painting. I might have a look for some low level painting competitions to enter, I’ve got no problem losing but it would be interesting to see how far from that standard I am.

The death of the blog and podcast kicking the bucket are odd things to think of as problem as neither one did I originally want anything to do with, but I reluctantly enjoyed them when they got going (a bit like exercise) I’m not sure if I could top the success of either High Fauxdelity or Abnormalifaux on my own so I’m tempted to do something completely different. YouTube is shockingly tempting as some sort of horrific self dare to see what I could do.

The cock up that was RollDice is dead and I’m not willing to drag it back to life, but I need to run something partly to remind myself I can and partly because I said I’d run a charity event and fuck if I’m going to let myself off of that one.

I think that rounds things up well done if you made it this far through my ramble you poor brave fool.
If you have any questions as always just shout, if you want to challenge me to a game of Shadespire or fancy something random RPG adventure now seems like a good time to ask.