I want to start by saying a huge thank you to Mike for putting in so much time and effort, all of the people giving up their time to help out on the day, and all the people that set up tables (including the man with a city worth of terrain in his van Mr Dave Brown). Also a shout to the staff at Battlefield hobbies, it's a great venue and they worked non stop for the whole weekend.

All my opponents were amazing and everyone I chatted to was great as well.

Now onto the actual event.

Saturday.  Up early, tea, tea, and then set off up t' North. Surprisingly I made it in one piece.
Sneak in the back of the venue and there it is sixty odd tables of Malifaux greatness.

I'll start by saying the the fellas at Battlefield Hobbies have done a great job, my first time there and I have to say I was really impressed, large comfortable gaming space, a stocked store, and clean facilities. Plus the frankly amazing tea supply! You pay, they give you a mug (a proper bloody mug) and you fill it as many times as you want. To say I got my moneys worth is a major understatement.

Registration. There was a queue, we all had tea, it was very English.

In my lovely tournament pack I had rules, sheets for filling in, a custom fate deck, and custom poker chips. All very impressive.

(To save me typing all of them in, as I usually would assume every new paragraph is a new cup of tea) 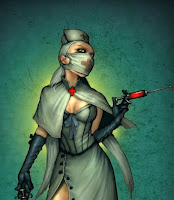 Game 1. Was against a fella named Grant in a fetching costume as one of McMourning's nurses. This turned out to be a Resser off, a Seamus off to be precise.
Now this was a lot of games ago so facts are a bit hazy. There was lots of paralysed handed out by the other Seamus's nurse while I used a combo of Lovelace's horror duel trigger and Seamus's wp aura to paralyse groups of models. Anna's no place aura also blocked a large chunk of where other Seamus could alley to.
I scraped a win mainly thanks to sneaking crooligans. Really fun game and great way to kick off the weekend.

Game 2. This Was some how up in the royal box with the good players. My opponent was a club mate and all round nice guy Richard who was playing Tara. The strat was extraction so I took the true queen of the dead Molly. The game started well for me as I whispered and punked rusty Alice off the table turn one. It was all down hill from there. I got my big models stuck behind terrain and Molly took the full force of Tara and her crew, she held for a while but my resources got drained really fast. I took a few models with me.
Looking back my scheme choices were poor but I was out played fair and square another great game.

Lunch! The lunch was included in the day you were given a lunch ticket by a very jolly changling (there was a costume competition so that's not as odd as it sounds) tickets were exchanged for a packed lunch which I ate outside in the drizzle with a tea in hand.

Oh and I haven't even mentioned the special guest star! The ever happy and always wonderful, the man from the new world Mr Arron Darland from the actual Wyrd. Lovely fella, and it was great to chat to him at points during the weekend.

Game 4. Back down with the mortals I had a game of Squatters rights against a very pretty Cooper crew. I took Nico out of the bag for this one. Before the game kicked off I won a very nice teddy bear as My opponent Mitch had a whole fair ground theme going with prizes for the people he played against.
This turned into one of the most passive and relaxed games I've ever played we both hardly left our halves of the table and other than around one marker we just took pot shots at each other while we both ticked off points. The game ended turn 4 with an 8-8 draw and looking at it no real way for either of us to get the win. Another really great game. 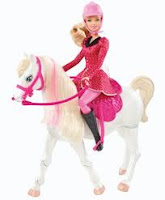 Game 4. (Slightly shocked I'd made it this far still standing) this was against the bearded wonder himself Ritch. Who just happens to be a club mate and podcast co host ( High Fauxdelity is coming soon). Game four was interference so I kept Nico out while Ritch put down the teenage pony rider that is Reva. Turn one I had an amazing hand thanks to Anna, Phil&Nan plus a stone my lowest card was an 11! Summoned a hanged and a shikome killed some stuff... turn two Reva killed everything!!! She tore through Anna and Phil and the Malifaux child. I managed to scrap some points thanks to Mortimer killing some minions for hunting party and dropping a charge. Lost 10-4 but it was a really fun game and great to see what Reva can do on that pony.

End of day one and I was right on my target of one win per day, a little ahead if you count the draw. As I'm a social butterfly I quickly packed up my stuff jumped in the car and headed off to find my B&B.

The B&B was lovely Threeways house about 15-20min away from the venue, it felt a bit like staying at my great aunts house when I was a kid to tell the truth. After a long day gaming I did all the important things like a red hot shower, clean clothes, and popped the kettle on for a cuppa.
Nice relaxed start in the morning, a bit of breakfast then back to the battlefield (hobbies).

First stop was to grab a fresh mug from the lads on the desk then lend a hand setting up (mainly drink tea and nod in agreement while other people worked).

Game 5. This was against a fella called Haydn who had an amazing Perdita crew. If you have a quick search on the interwebs you'll find it (forgot to get a picture) it's a beautiful day of the dead themed crew. This game was fairly brutal, knowing from past experience how damage the family can dish out I decided to try and hit first by flinging out as many punk zombies as I could, while attempting to run my rogue necro at Perdita.
This worked thanks to a few very lucky flips, except for the rogue necro who was my frame target (seemed a safe bet against Perdita) but the whole family just ignored it and threw everything thing at Molly. I lost Molly but just managed to deny enough points to sneak a win. Another great game and nice to start the day with a win meaning I'd hit my two win target for the event.

Also worth mentioning that three quarters of the way through game one we stopped and observed the two minutes silence for Remembrance day. I have to say I was really proud of the whole community at that point, you could have heard a pin drop and no one grumbled about having their game interrupted.

A brief break now for the painting competition. As with every event I always enter a crew into the painting I have no expectation of winning but good to see my stuff along side the top painters and see where that next level is, contrary to the original rules pack there was no split between regular and display board entries. I think this was a good move and it was amazing seeing all the incredible crews and boards. I enjoyed the boards enough that's I've decided to put some proper effort into building one. I'd love to see display boards become a regular thing at events so from now on I'm going to encourage them whenever I can.

Back to the action Game 6. This round was headhunter against Andreas's Zipp. I took Seamus with the idea of killing stuff. You'll notice Sunday's plans were a lot more killy than Saturday, I put this down to my brain rejecting anything clever due to exhaustion. Seamus back alley'd across the board turn one and started hand canoning models off the table. Scoring me no points for hunting party and dropping loads of heads for the greenskins to pick up. I managed to kill almost everything but still lose the game, but u have to say this was up there with one of the most fun games of 'faux I've played. Including Seamus one shotting Zipp turn five (red joker plus decaying aura equals a dead pirate).

Lunch, similar to day one a nice packed lunch eaten under the grim northern sky (it was actually sunny but it's the north so the sky is always a bit grim on principle)

Game 7. Not sure how I'm still awake at this point but time for the final game. The game was stake a claim against Jan running 10T McCabe. Now I think it's fair to say that neither of us were on peak form this late in the day so there were a few silly mistakes, like despite having all my search markers down still dropping them instead of claim markers. But it was a good game, a close loss for me but I did find an excuse to get killjoy on the table again as I haven't used him in an event since my second ever tournament.

And time! Seven games done and I didn't embarrass myself in any of them (as far as I know). Didn't spill too much tea down me, and didn't crash the car. Added to these lofty achievements I hit my two targets for the events, two wins and finish in the top 100 (Just, 99th over all).

As always I won't give the full run down of who won what as I never remember everyone, but well done to the winner Mark and for all the other result check out the rankings.