I Falldown, but I get up again.

On Sunday I headed down to Wayland for another in the showdown series of events, this time Falldown (get it, get it?).

A few days before the events it was touch and go if I'd actually make it due to work joys followed by a run of car problems, but I managed to cheat fate and come Sunday morning off I went to sunny Hockley.

As always when I get there first stop is the cafe down the road grab a tea (just a tea this time no full English for once I'm cutting back to just one breakfast a day) then back to Wayland to take part in the most sacred of showdown traditions. Standing around outside talking shit and waiting for the venue to open.

Once the doors were open we rushed in to queue up and register, then stand about talking shit again but this time inside (variety is the spice of life). 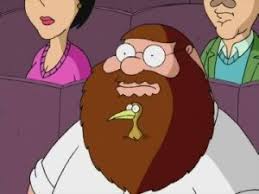 Talking in depth tactics and strategy or insulting someone's magnificent beard were both a bit trickier than usual us Wayland was full. Not only was there a Crew of thirty four (super cool) Malifaux players but there were also a large group of ninth age players (I'll assume a group of GW players is referred to as a Unit?) this meant that all chat had to be half shouted most of the day.

Game one was against a new Kirai player, Gavin versus my Molly crew in a fairly standard set up but with the necrotic machine thrown in as I've finally found a use for it. (Walk and a half then zero to push Phil&Nan along  means I could save Phil's AP for filthy card draw)

It was a great game and close all the way through, ikyrio help up a lot of my plans as she's supposed to, but flinging out a couple of punk zombies helped even things up. We ended up in a nine - nine draw.

Drop in the scores, grab some sweets from Mike's bucket (not a euphemism) lay down Molly and friends for the painting competition, then on to lunch.

Lunch was the usual Wayland special, enjoyed while making predictions on the next round (very promptly already drawn by TO Mike).

Game two was against another new player Kevin this time running Ten Thunders Mei Feng. I took good old Seamus and the strat was Headhunter.

I took a couple of belles with the idea of dragging in a model at a time to kill then collect a head, vent steam put a stop to that before it started. Seamus jumped into the back lines to cause trouble and not much else. Managed to grab a rare win of around six to five (or something close to that)

Onto game three and thanks to a win and a draw I was sitting much higher than I had any right to be. Table five against the dreaded nightmare that is the one and only Conor Rooney running the equally terrifying Dreamer.
Now Conor aside from being a club mate, blog buddy , good friend, and all round nice fella. He is also the person who has beaten me in every game of 'faux we've ever played and not just beaten but thrashed by a huge margin as well.

So was this the day that all changed?

No not even close but I gave him a fight if nothing else. Molly verses Dreamer in Guard the Stash.
Turn one flung Molly across the table who then summoned a punk zombie right next to Dreamer. I managed to keep the pressure on turn two thanks to some great card draw from Phil and Nan (most OP nanny since Poppins). But after that it was all Conor while I fell back towards the Stash markers.

Great game as always against Conor and apart from repeatedly trying to kill things instead of exhausting them I didn't play too badly and only lost ten - five.

Scores in, totals added, announcements made and trophies given. I won't list who won as I'll likely get it wrong. I remember there was a Henry at each end of the table, an airship won best painted, and best sports was won on a nine of tomes. If you want "actual results" swing over to the rankings and take a look.

Big thanks to my three opponents, thanks to Mike (Terrain shed) Marshall for running things, and thanks to Wayland for letting us through the doors and putting the kettle on.

Email ThisBlogThis!Share to TwitterShare to FacebookShare to Pinterest
Labels: not the f***ing spoon for once, Ressurectionists, showdown, Tournament