Get back in your box

Last hurrah of the Ressers!

A little while ago I decided that next year I was going to make the switch from Resurrectionists to the rebellious bookworms that are the Arcanists.

The reasons for the switch are wide and varied and clever and ... Okay really I just want to paint some monsters and robots and they have both plus I'm tired of painting dead things.

As I'm full of imagination I'm going to start on book one when it comes to Masters, Rasputina, Marcus, and Ramos. Unlike when I play Ressers I'm going to try and be a bit more specialist and try to match the Master to the game (you know play it like it's supposed to be played). I'll probably do a post in the new year about where I see each Master and my flailing attempts at list building. Also expect plenty of "I painted a thing" posts as I will need to paint all the things. With painting the stuff if anyone has painting based targets or challenges to throw at me feel free. Always keen to push the painting up a notch, This year I attempted to learn NMM. Last year was painting patterns.


To add to the Arc'17 (it has a name so must be a real thing) excitement I also have a rival (dun dun dun) the world famous Mr Matt Spooner. Due to the fact we are both making the switch Arcanists and the fact we are both a bit shit ( no offence Matt, you'd probably agree), a bit of friendly rivalry to keep us both focused seemed like a good idea.

With next year being the year for Arcanists that means that the time of the Ressers is coming to an end so a brief summing up seems in order. I have really enjoyed the zombies and don't doubt that I will come back to them at some point. I've managed to play all the masters at least once (except Reva she came too late) and I've managed to take five of them to tournaments granted none with amazing results but all were fun in their own way.
Molly stood out for me as a definite favourite, fast, fun and versatile and exactly what I what out of Malifaux.

I've got two events left with the great recyclers. Falldown and Nationals which works out to ten games to try and go out in a blaze of glory.

As much as I'd love to aim for getting all the masters up to at least one tournament game each I doubt I'm fast enough with either Tara or Yan yet to risk it without someone wanting to stab me in the eye. 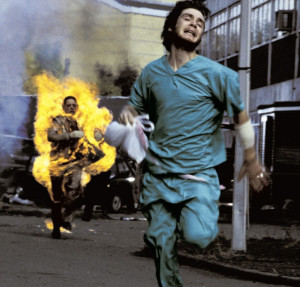 I think I'm going to aim for Molly and McMourning as a terrible twosome for both events if I can get some practice in with McM as I haven't played him in about a year. If not Molly and Seamus as I've got plenty of table time with both.

All being well I'll be able to write my experience at both events but I think that's it, a quick ramble to cover where I'm up to now.