A brief post about Malifaux not as a game but as a story. 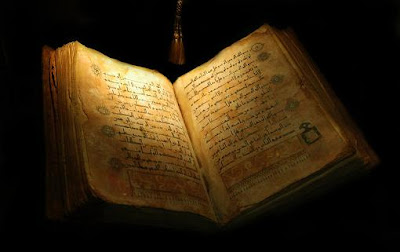 Once upon a time, on a train ride far far away.

Now for a lot of people the story or fluff if you're that way inclined, is as
much a part of the game as the models or the rules. For some people the story is just an excuse to have a heavier rule book.

There's plenty to enjoy in the story of Malifaux, the existence of Though the Breach RPG is proof of that.

We all know the basic story, a group of Paul Daniels wannabes open a steampunk stargate to a strange and dangerous world full of beasts, monsters and gremlins ( no not Australia, it's not that bad).

The new world becomes a new frontier full of opportunity and riches. This causes the usual list of corruption, greed, violence and vice and just like that the fair city of Malifaux becomes the centre of action and a whirlpool of fate.

Now every faction has a story and every Master has a theme and it's up to you if you want to stick to it, only frozen fella with Raspy or only robots with the Hoff or play by the stats and what would work best.

Both options are right ( even if one mean you're a little dead inside).

Most of the crews I build tend to have a theme and a story, I'll read the fluff before I start painting or playing a new master, I'll have a little story running in my head as I play and try and keep a crew to this idea. 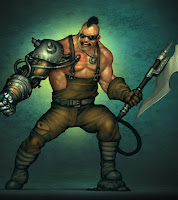 The fact that the story of Malifaux has evolved with the game is really cool, if you're wondering what I mean have a look a Joss's new arm and Sonnia's shiney mask.

With the new campaign book just around the corner I can only see the story surrounding Malifaux growing and expanding.

Like many good stories this post is going ramble to a disappointing close without really making a point.