Giving my table some colour

In my last blog post you saw the first quarter of my board starting to take shape. Due to the narrow confines of the canals I knew that I would need to start painting the pieces before I could actually glue them down.

I spent quite a bit of time looking at photos of bricks and drifted back and forth on colour choices. One problem that many city tables end up with is having a table that has too many grey tones. This quickly looks dull and loses the viewer's interest. So I settled on classic red clay bricks as the foundation for my city. This would create a warm tone and would contrast nicely with any other colours I eventually use for the cobbles.

I experimented with some dry-brushing and quickly tossed that aside in favour of my trusty (but cheap) airbrush. And away we go: 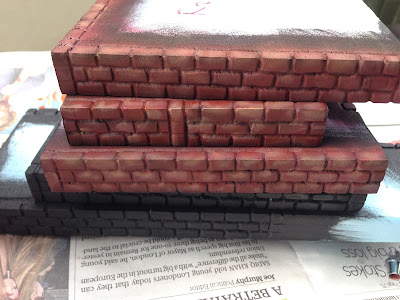 The first step was actually to base coat the foam with a mixture of black paint and PVA. The foam will just absorb all the paint if you don't have the PVA to form a solid base.

I started by testing out 3 pieces to see if I liked the colours. 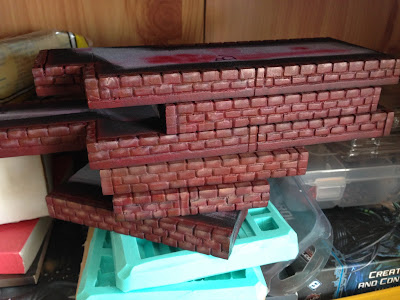 Here you can see a few more after I decided I was happy.

The pieces with only 2 rows of bricks will be the sides that face out onto the cobbles. 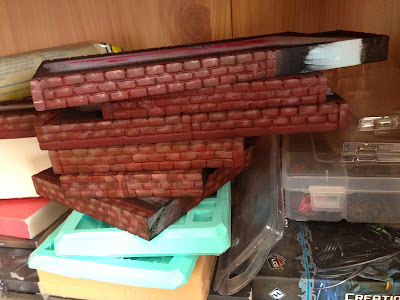 In this case I started with a base colour of Gory Red, added a touch of Fiery Orange (I think that is the name) and then a highlight of Dwarf Flesh (all Vallejo air colours), 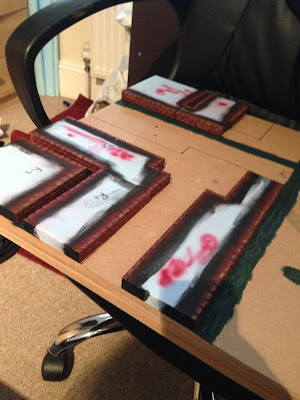 And a quick test to see if I liked the layout. The green colours for the canal are still very much in the testing phase. 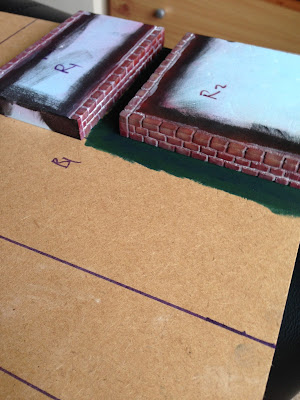 Now the distinct feature of the typical red brick is the white grouting. So to achieve that I mixed up a white wash and added it to the bricks. Then I quickly wiped it off with a cloth. I lie, I used an old t-shirt. But the fabric was important, I initially tried it with some paper towel and that did not work well. That piece will be hidden from sight. 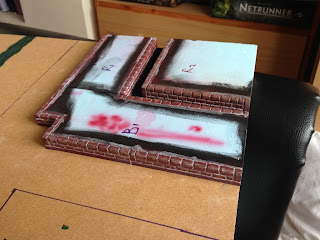 And here are some more pieces. Some of the times the white left a bit of a mess on the bricks. It makes it less clean, but I decided that wasn't a big deal in a city. The bricks were probably too shiny and new to begin with.

I will leave it off here with some more pics of the board in its current state. The green canal has still not progressed. Enjoy. 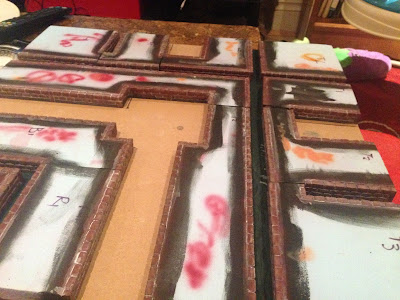 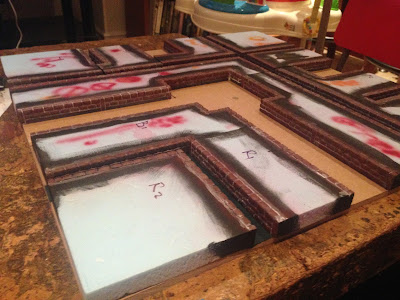 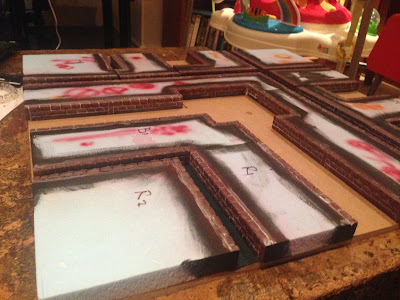 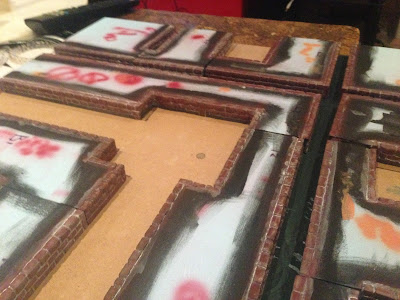