Aren't we all just GREAT 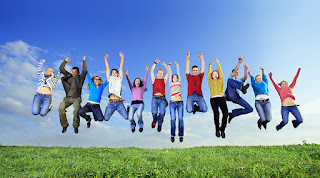 Okay you'll know how this works by now so I'll just get straight into my ranting trousers and get going.

I'm going to start by holding my hands up and admitting that I'm as guilty of the issue in today's rant as anyone and up until now I thought I was in the right.

The malifaux community. This is a phrase you'll hear a lot on forums, twitter, Facebook and podcasts and we'll all agree it's great. A great groups of players, great events and great support. All just GREAT!

But I've started to see our little malifaux commune mirroring issues from the wider world and it isn't making me feel quite as warm and fuzzy as it used to. It feels like it's getting toxic.

Let begin by pointing out Malifaux is a very young scene, not in the age of the players but in the time it's existed. There are people who have been with this game since the beginning and have paved the way for the rest of us which we should all appreciate but with anyone whose seen something grow these people can hold a false sense of ownership over the game. The amount of "back when I started..." And "I remember in 1st ed..." Is growing with each new wave of players and I can only see it holding the game back when it should be looking forward. 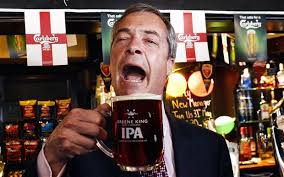 The recent release of GWs Age of Sigmar has seen a lot of new players making the switch to Malifaux and what should have be seen as a great serge of new life and ideas is seen as an invasion. Instead of welcoming these new players we've complained that they won't get our idilic little community and god forbid that they try and change things to how they think they will work.
Turn on the news and you'll see twats like EDL and UKIP saying "fuck off we're full" and "we must protect our way of life" then turn turn on twitter and see "tournament must be like this" or "we don't want this to turn it to 40k" massively different levels of wrong but they have parallels.

All that talk about tournaments must be x to attracted y players is fucking nonsense anyway. We're a bunch of grown ups if someone wants a relaxed two round event with cake and kittens let them do it. If some else wants a intense eight round death clocked event with no talking and no breaks let them. It doesn't affect you unless you want to go.

As a group, as a game and as individual player we need to pull our heads out of our arses and start looking to the future. I'd love to see malifaux grow massive to find it's own way and make test it's own limits and it can't do that if we try and lock it in some ivory tower to keep it away from "those sorts of gamers".
We need to stop being little busy bodies peering over our hedges at the peasants and judging them as they're not one of us.

Well bollocks to that we need to kick down the walls, learn what we can and change where we should.

To put my money where my giant flapping hole of a mouth is I want to hear everyone's and anyone's ideas for something new something different. We've all go our own unique experiences lets fucking use them. The best new idea gets a prize, I've got no idea what but I'll find something and get it to you.

We step up and step forward together as one or we fall piece by piece and have nothing left but "do you remember when..."
Posted by Dr Walnut at 09:30:00