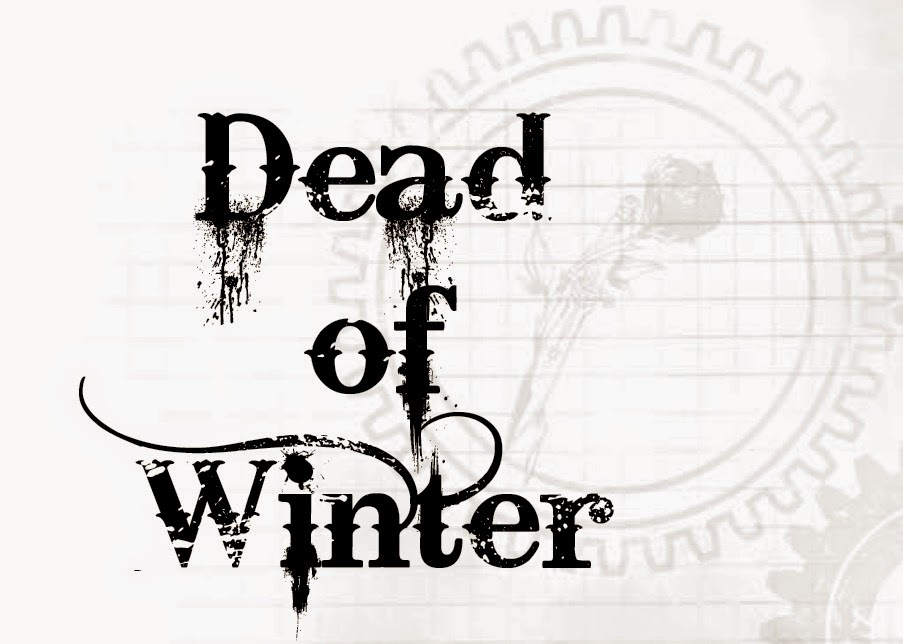 Back in the beginning of 2013 there was an international Malifaux campaign called Dead of Winter. Players anywhere could submit the results of their games and achievements and the results would be tallied. I was finishing up a work project in Nigeria at the time so I could not participate as there was no local gaming community. I am an Arcanist player so I was obviously cheering for them. The characters participating in the story were introduced at the beginning. I don’t recall of the details, but they were out in the wilderness investigating some powerful magical forces. Pieter, the Arcanist had definite potential and many were hoping he was introduced at the new Arcanist master in M2E. It was not to be though, as it was an Outcast victory, with Resurrectionists in second.

The characters were descending upon a cave where the magic seemed to be emanating from. Tara, a self-determined and headstrong mercenary was the first to enter the cave. There she met Obliteration, some form of Tyrant that sucked the life from the world. She survived the meeting and rescued Karina from the Labyrinth, an alternate dimension where time passes differently, died and was resurrected by Karina. She now has a connection to Obliteration that allows the Nothing Beast to exist in Malifaux as personification of Obliteration itself.

I was hooked. I loved this sarcastic, gun-slinging, fast talking and dangerous lady called Tara.
So when the opportunity to pick up her nightmare (and only) set from Gencon, I jumped at the chance. And then she sat amongst my other models unassembled for some time. Now that I have her on the table I need to figure out how to get her to work.

A look at Tara’s card
Tara is dual faction Outcast and Resurrectionist. Of her signature models only Karina is also dual faction. To take the rest of her crew in Resurrectionists requires upgrades – which is far from ideal. I will also be focusing on her as a Resurrectionist as I really like quite a few of their models.

At first glance Tara seems to have a number of interesting abilities, some of which would be absolutely brutal on other models. The sum of her abilities though is not particularly powerful. She definitely falls in the realm of a supporting master. I think once you get her to click she will be great, but it is not Tara on her own that will be doing the work, it will be Tara augmenting and making the most of her crew.

She has a healthy cache of 4. 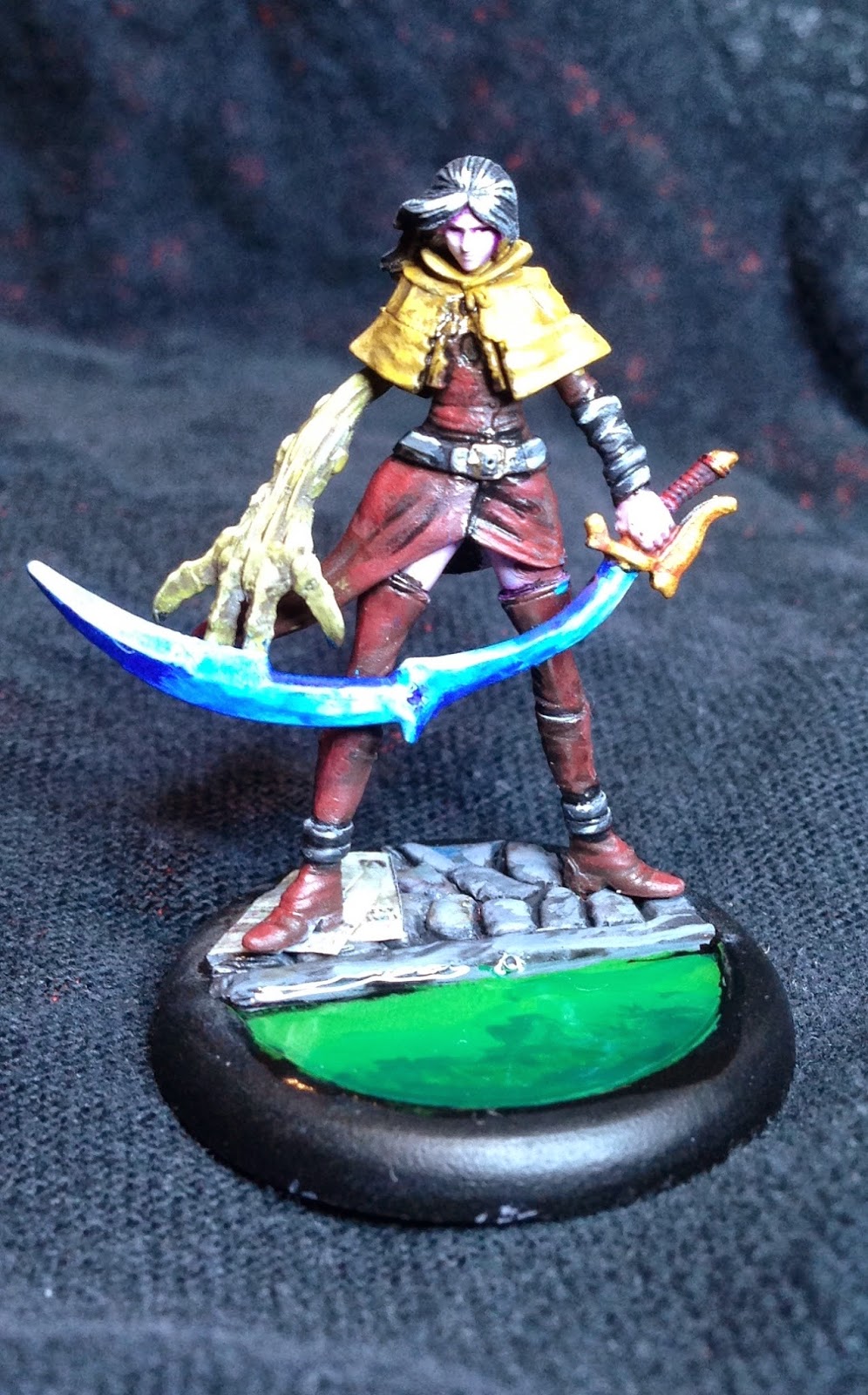 Tactical actions
This is definitely where Tara is most interesting and where I will start. Eternal moment is a 0 action that allows Tara to gain reactivate, but only if she activates first and if her reactivated action is the last. This is the crux for Tara, for every one of her abilities there is often a drawback. Having 6 actions as a master is certainly very powerful, but you need to watch your activation order and there are times when you don’t want Tara to go first.

Temporal shift is another interesting ability. At the cost of 1 AP and 3 cards (or her hand) Tara gives all models within 6” fast. But, she can only do so where at least one enemy model gains fast too.
She has another great 0 action, Lost Instants where models may not take interact actions within 6” of her. This is great but rarely better than Eternal Moment. I will often use it in her second action, but by then most of my enemies will have interacted already.

Mobility
Tara is not particularly fast with a move of only 4”. What I found very quickly though is that with her reactivate she has enough AP that she can really get around.

Attack actions
She has a rather unexciting Peacebringer and her Soulstone sword. Both have an accuracy of 6 and a damage track of 2/3/5. The sword comes with the Glimpse the Void trigger built in, which will forces the defender to make a TN 13 Wp or be buried. I have managed to use this to some success to bury Ototo with his paltry WP. This is not a permanent bury, though. As soon as model is killed the buried model will come back into play in base contact with the killed model. Though it is a big enough of a hassle that your opponent is forced to react to it.

Defence
Tara has a pretty dismal DF and WP of 5. However, these both rise to +2 against Ca actions, something I figured out AFTER I had played against Rasputina…mutter mutter. She is already incredibly frustrating to shoot at, because if she flips a Mask the damage is reduced to nil. After a game against Zoraida and her gremlin pals you could practically taste the resentment my opponent had for Masks.

Upgrades
This is where Tara really starts to get interesting. I also think it makes her difficult to play at low SS games as she is very reliant on her upgrades. It also means that you feel like that her cache was an absolute essential.

Knowledge of Eternity is the upgrade that I have been using predominantly. It gives a fantastic ability to give your crew a + on initiative flips. I love this. It really fits in with her theme of bending reality between Malifaux and Obliteration. It also gives you the Pull the Void action. This allows you to give a model within 8” fast or slow. It is resisted by WP and also gives 1 wound. This action also has the Glimpse the Void trigger to bury models. I find two uses for this action: it allows me to throw out fast to key models when I am unable, or unwilling to use Temporal Shift. It also allows me to bury my own models at range.

Dead of Winter allows Tara to bring her crew into the Resurrectionists. It also allows her to hire Death Marshals – interestingly they count as undead when hired by Tara. These reflect the death marshals that Tara and Karina brought to unlife after returning from the Labyrinth. The death marshals fit into the bury and unbury game that Tara plays.
Obliteration Symbiote is another Tara staple upgrade. This is the only way that Tara can unbury models. With a 7 of Crows Tara can unbury a friendly model in base contact. This model also effectively gets companion and can smash in the face of an unsuspecting enemy. For 2 AP Tara could unbury an enemy model and use it for a full activation. I am yet to use this ability but it certainly sounds like fun.

Eternal journey is an upgrade that allows her to use the actions of buried models, which sounds great. Unfortunately due to upgrade limitations I am yet to try it.

In the next article I will take you through my first few games stumbling along with Tara.