Hello beloved readers! My apologies for not posting very often recently, but to be honest I've been quite busy at the new job and most of my free time has been spent being exhausted and/or painting. Have a lot less free time to blog than I used to, but should have been posting a bit more. I've been playing a balance of Guildball and Malifaux lately but haven't had a ton of gaming time either, especially events-wise. Though I did win the one Guildball event I've been to this year, so that was cool. I do have quite a few more events coming up in the next month as well :D

Anyway, this past weekend I went to Salute for the third year in a row. It's only about 75 min to get there from my flat so seems silly NOT to go. This year I went in with less of a plan on what to buy than in previous years (like last year where I knew I wanted one of the lovely bendyboards terrain deals). I knew I was going to pick up the new steamforged/muse on minis Guildball tokens for my Fishermen and Union and some more basing supplies (grass tufts flowers etc), but mostly just wanted to do some shopping.

Showed up around 1130 AM as wanted to miss the rush so we walked right in. Didn't seem like it was as busy as previous years, but that could be just my mind. The free miniature was much better than two years ago (didn't see last years) and the fact that it was Russian revolution themed was cool as that is definitely my area of interest.

First off we went straight to steamforged and had to wait in line for about 10-15 min to get my stuff as it was still quite busy. Picked up the tokens and Philippa and I each got a chibi pin of our captains. Chibi salt is adorable. Also took some pictures of the really well painted farmers models. 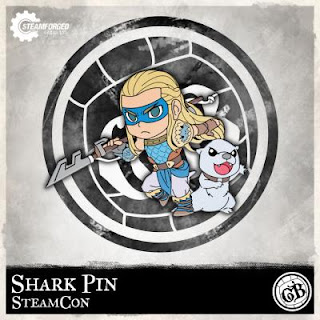 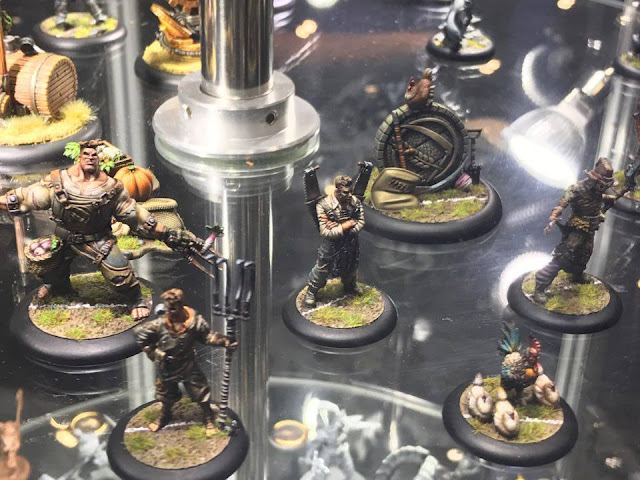 Then we went over to say hi to Eless, Dom, Tim and Dave over demoing malifaux. After that we started to slow walk around the convention. I immediately decided to pick up some fishermen measuring sticks from Art of War Studios (as they just seem really handy). Next we went over to Bad Squiddo games but sadly they were out of Raging Annie's :( Though did pick up a model for a friend. I also bought some lovely trees which can be seen (alongside some bendy board terrain from the previous Salute) in action the day after Salute. 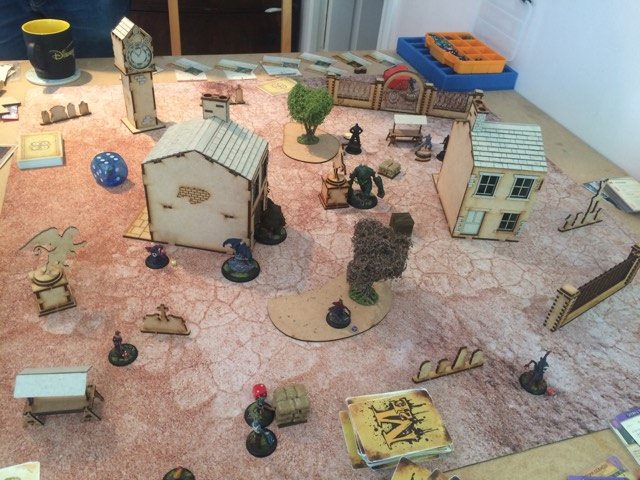 Also after playing some faux, managed to get my new GB tokens on the table as well :D 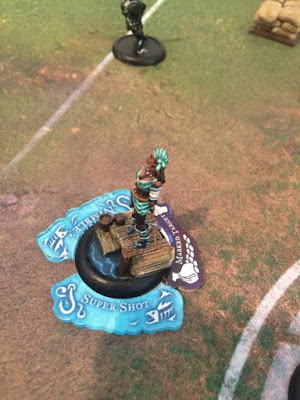 Also bought a bunch of flower tufts (which I love!) and some more grass tufts as well (which isn't quite as exciting). Then sat down for some lunch with a bunch of the other Abnormalifaux lot. Also saw some pretty impressive costumes, especially the Star Wars crowd. The chewbacca costume in particular was quite impressive.

Wandered around and said hi to some more people inc Mike Hutchinson demoing Gaslands and Mike Marshall and Spooner at the Heresy miniatures stand. Said hi to Des at his Roots of Magic stand and decided to finally pick up the Luther model as it's always been my favourite he's done and I just want to paint it. On a side note, I've decided to slowly build a fantasy army of cool models I pick up (as all the cool ppl seem to be doing these days) and thus picked up the Dragon Rampant rulebook to have a look at. Seems ideal for what I want to do at least.

Also I finally picked up this guy: 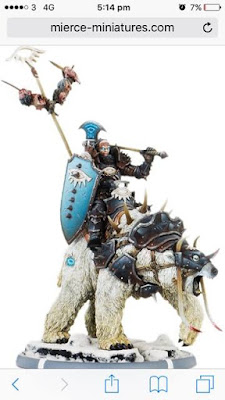 I've stared at the model for three salutes in a row but could never justify buying it... then decided screw it I want it every year, I need a polar bear riding maniac in my life (not just cause it reminds me of Golden Compass).

Didn't play any demos this year as didn't have the time, but really enjoyed myself nonetheless. One year I would like to just play a bunch of the random demos.. but it's so hard to avoid all the pretty toys. All in all had a blast, was great to see people, and spent a bit too much money... so the usual Salute experience. Luckily got to play the next day and get some of the new toys on the table :D Look forward to using some of the hobby stuff soon as well, and of course: building the polar bear.
Posted by Insidiously Mad at 09:30:00