At the club where I and the rest of the abnormalis play we are currently running a slow grow league and as the club henchman it's my job to keep it ticking along, so I thought I spend some time talking about setting up the league and let people know how it's progressing.

First off and as with most things I can't take full credit for setting up the league. The group of players at the club are great and are always keen to do something new. So when the idea of doing a league came up I had load of offers for ideas and help.

The original idea was to run a small escalation league to attracted some new players and add a little competition, this then evolved to include painting achievement points and then gaming and some fun achievements for people to try. I also added in some story encounters which have been a fun challenge to write and to try and balance (with mixed results).

The league itself is made up of twelve games to be played over twelve weeks. Fixed faction and fixed master. The idea was for player to really get used to what a single master could do. It also meant that new players didn't need more than a crew box and fate deck to start playing.

The games started small at 20ss henchmen led games which while not the most balanced form of Malifaux are always quick fun games to play. One of the ideal things about smaller games is the ability to get two or three games in in a night.

The next two weeks were both at 26ss meaning people could bring in their master. Both weeks went well and we saw a nice increase in the number of players showing up.

Week four was the first story encounter. One of the main reasons for the story encounters is to help the league keep pace. I don't release the encounter rules until a few days before they are due to be played and no scores are posted until after you've played your encounter, meaning slower players have easier targets to aim for when playing and faster players can't pair off and play all their games in a weekend.

Now there were some balance problems with the first encounter mainly being that it dictated an open board centre which meant range heavy crews had an advantage. Although this wasn't ideal people still seemed enjoyed it.

After this the first scores started being posted and people could see how they were fairing against others in the club. There are two scores running, achievement and league points for win/draw/lose and different people are topping each list so we don't just have a run away leader.

Next we had a free ss game, meaning you could play any soulstone level you want, this meant  people could try out their crews at hire levels or try something different at a lower points level. A few of us used this to practice 50ss game as we were off to a tournament the following week (which I'm sure someone will go into more detail about at some point).

Now seems a good point to bring up catch up games. As was always going to happen some weeks people can't play because as much as no one likes it sometimes life is more important than Malifaux. When this happens players have two choices. One. They can skip the game and score zero for it or two. They can player a catch up game against someone else at the club. Catch up games can be played against anyone at the club and the opponent can use any crew but only you score for the game. Now there was some discussion about the possibility of this skewing the final results but as the league is just for fun and people need a small incentive to play catch up games they won't score for that seemed like a risk worth taking.

The next two weeks were 35ss. Where in my opinion the game starts to get a bit more balanced and people have started to get a good grip on how their masters work, so the games are getting a lot closer and a bit more competitive. At this point we are at around 10 regular league players and a handful of semi regular club player who drop in and out of games.

Next up is the second story encounter at week eight.  I really enjoyed writing this one and with the experience of the last one kept it a bit more simple and fingers crossed more balanced.
I'm still waiting on feed back from this game and also for the full week eight scores to come in but people seemed to enjoy it and the players seem keen to carry on so it couldn't of been too bad.

Now I'll leave the league chat there and I'll come back to it when we've finished the big finale in week twelve.

Thanks for taking the time to read my ramblings and if you planing on running your own league and want any of my limited help feel free to ask. I'll try and keep a regular up-date of any events I plan and also anything else Malifaux related that I can pretend to make sense of. 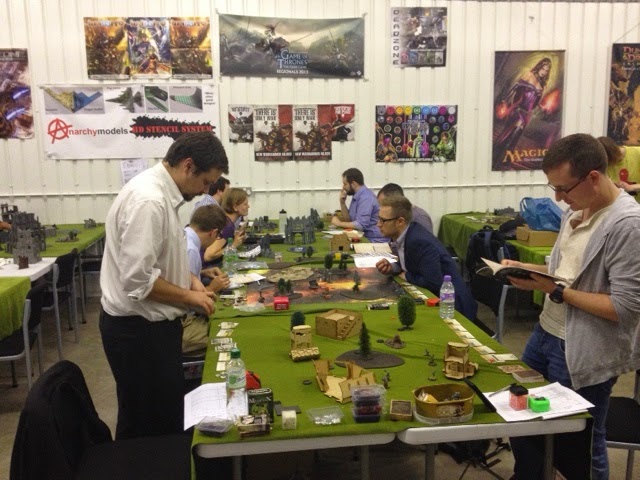